What being a 'celebrity' feels like: a candid confession from Preeti Shenoy 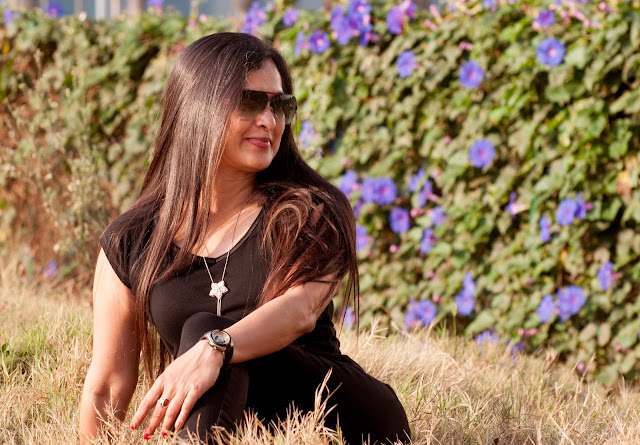 At Abu Dhabi,  I was at the house of the Indian Ambassador who had invited me for dinner. It was an august gathering where I met Ambassadors from other countries,  high ranking officials from the diplomatic world, eminent writers and many other people. The respect I received was overwhelming I was introduced to everyone proudly as one of India's most successful authors.

You know--here's the funny thing: The world sees me as a celebrity. But to be honest, I don't even think about it at all!

Of course, I am proud of all that I have achieved and I am not dismissing it.

But when I meet people, I am genuinely interested in what they do. I get bored when people ask me about myself. I do not like talking about ME--because all the information is out there on wikipedia, and you can also google me (and you will be surprised to see me giving you video answers..It's a facility which Google has extended to very few celebrities, Priyanka Chopra and yours truly being one of them). 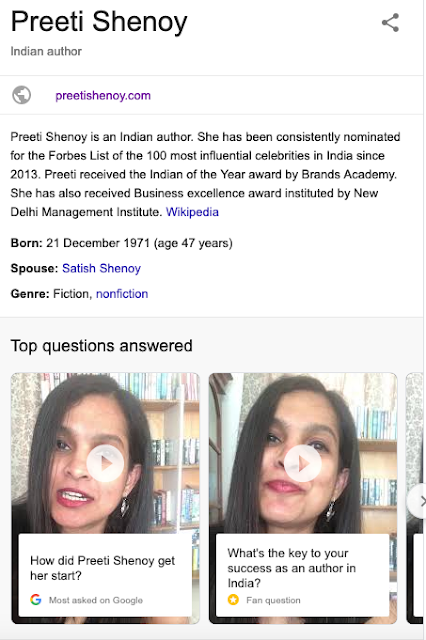 So when a news coverage appears about me, I don't usually put it up. But yesterday, I shared it,  not because I had made it to the newspaper---but because it featured my readers!! I was happy for my readers who were featured. Then I read all the comments on my post yesterday---so many comments that had congratulated ME! I was baffled.

Honestly--I felt it wasn't so big as to offer me 'Congrats'. Then I thought about why people are congratulating me. Perhaps it was because I hadn't shared the other news items about my new book that had appeared?

If you want to read it in detail,  here are the links:

There was an interesting question which someone at the party at the amassador's house, asked me. (and many people ask me this question). They ask me how I have the courage to write. They tell me that they want to write, but they are afraid of how they will be perceived, what would others think of them etc.

My answer is always the same: Writing is like standing naked in front of a room full of people and inviting them to make comments about you.

You are that vulnerable when you put your thoughts out there. You have to be strong. That's the only way!
Now this is a paradox---as you also have to be sensitive to write. I am a person who is extremely sensitive. Everything affects me. But over the years, I have learnt to ignore that which is said out of jealousy and malice. I have learnt to sift the criticism and take only what helps me. I have learnt to not hurt when people make remarks. I don't give them any mind space.

That's the only way I can continue writing!

When people tell me 'Oh you are a celebrity...You are a BIG SHOT,' I just smile.  It used to bother me before. But now I have learnt to just shrug it off and move on!

There are better things to think about! My next book calls. My characters beckon. My reading awaits. My dog  needs to be walked. I need to write my next blog post :)

Ever thought about what that feels like? Well, now you know! 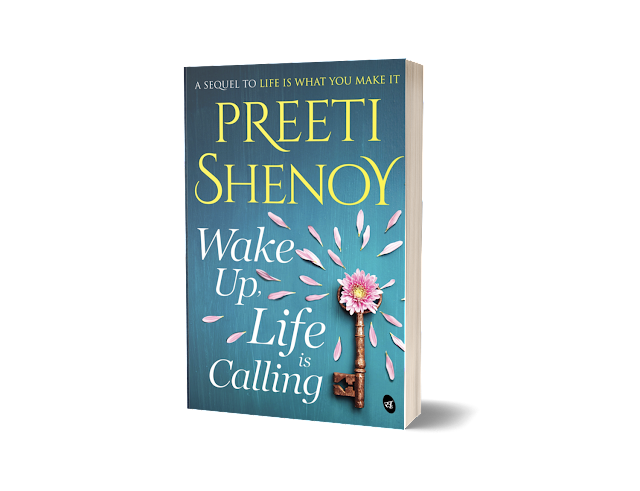 Read my latest book yet?  Get it at a 35% discount: Preeti.io/awake