Everybody has a favourite memory associated with their vacations destinations. Sometimes it is a childhood memory and at other times, it is a ‘dream-vacation’ they could finally afford. For me, the most indelible memories remain the time I spent in Kerala, annually, each year ranging from 15 days to two months, as both of my parents grew up in Kerala, and any chance they got, they returned to their roots. I have been to most places in Kerala and I can vouch that whoever came up with the caption ‘God’ own country’ did do justice.

Right from the time your flight hovers over Kochi , Thiruvananthapuram or Calicut (now Kozhikode), airports the stretch of green carpet that spreads out underneath you, is a splendid sight. The best part about travel in Kerala is that any place you choose to visit, it would not take you more than 8 hours, as the distance from Kasargod in Northern Kerala, to Trivandrum in Southern Kerala is just 560 kilometres, easily traversable by road or rail.

There are many reasons to visit Kerala in monsoons, the foremost being the sheer beauty of the place. During monsoon, the greenery takes a new hue, hitherto unseen, and even though I have seen it many times, it never fails to take my breath away.  The dreamy visions of stunning landscapes that seem to leap out a water colour painting, lush green paddy fields, crickets and a myriad insects chirping,  while the rain falls outside, while you are ensconced in the safety and comfort of a shelter, as you sip on a ‘nadan chaya’ (local Kerala tea) makes me want to pack my bags and take off to Kerala, in the next flight, even as I type this.

If that isn’t reason enough, to visit Kerala during monsoon, then the massive discounts that you can avail of, will definitely be a draw.  Kerala, at other times of the year is expensive. But come monsoon, and you get the special rates, as the resorts slash their prices. Most schools in India, reopen in June, which makes it impossible for families with children to travel. The monsoon hits Kerala, around the same time resulting in low occupancy rates, which means a great deal for travellers.

Ask anyone if they have been to Kerala, and nine times out of ten, the destinations they name would be Munnar, Kumarakom and Kovalam. Everyone would have heard of these. But among the lesser known jewels that Kerala houses are three of my favourite spots--  Ponmudi , Nelliyampathy and Kuttikanam.
Ponmudi  is a hill station, about 56 kilometres from the capital city of Thiruvananthapuram (or Trivandrum if you find that hard to pronounce). With its tea estates, mist covered valleys, and picture postcard views, a monsoon vacation here, could be best described as idyllic, unhurried and out-of-the-world. Nelliyampathy is another fabulous destination, with its cloud-caressed majestic peaks of its hill ranges, nestled in which are the tea-estates. I remember a particular vacation I took, where we roasted cashews that we plucked, in bonfires which the staff had lit. To reach Nelliampathy , one has to travel by road from Palakkad, and there are ten hairpin bends on the road. As you navigate each one, the air becomes purer, and takes you that much closer to paradise. There are bio-farms located on the way, and the Palagapandi estate  also en route, has a quaint bungalow built during the British rule in India, which is now converted to a private resort.

Kuttikanam is a village in Idukki district, which is about 3500 feet above sea-level. The nearest city is Kottayam. It is a picturesque plantation town, soaked in the fragrance of cardamom surrounded by lush green hills.
The best way to find authentic places to stay would be to visit the Kerala tourism website  www.keraltoursim.org where you could search for accredited  service providers for hotels, resorts and homestays. Since the accreditation is done by the Tourism department, you can be certain of the quality, competence and trustworthiness.

While the tourist brochures, tout rains as romantic, make no mistake, the rains in Kerala can be brutal. They are incessant, continue for weeks. But the sheer magnificence of the place, far over-shadows the rains.  If you like to watch the downpour, Kerala in monsoons is alluring, mesmerising, bewitching.  It remains a place that haunts your soul and makes you want to come back, year after year. 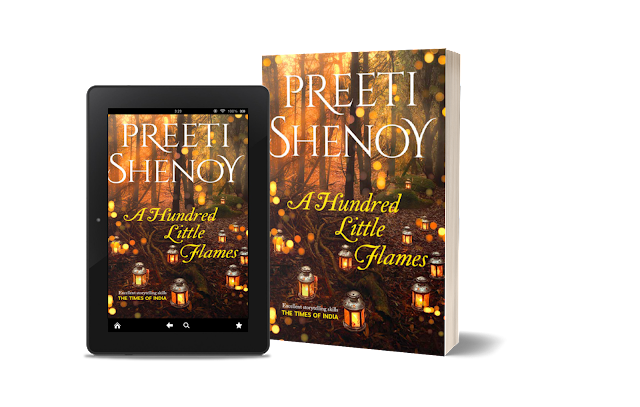 pps: This piece was written on a special request by Financial Chronicle.