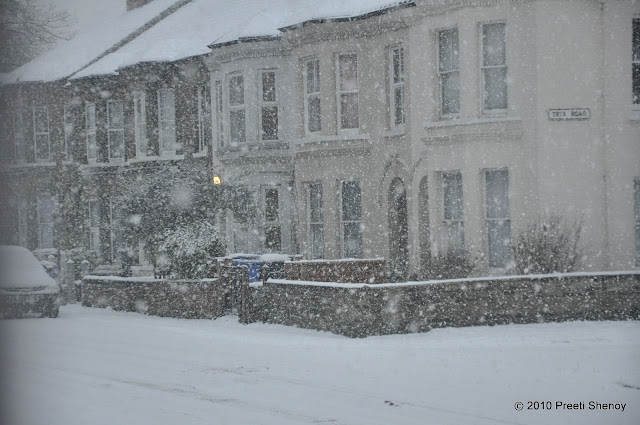 This picture was clicked in January this year from my kitchen window. We had just got back from a trip to India, where the temperatures were hovering around a hot 34 degrees :-) It was snowing very hard in the U.K. They say it was the worst snow they have had in the last 10 years. The children's schools had to be closed for 2 days as we were all snowed in. The kids loved it though! I loved the whiteness of it--the acres and acres of white. I really enjoyed the snow but my favourite season remains spring. You will see why in the next picture :) 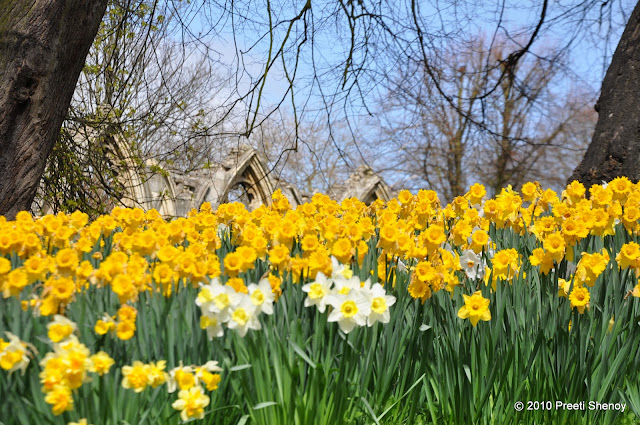 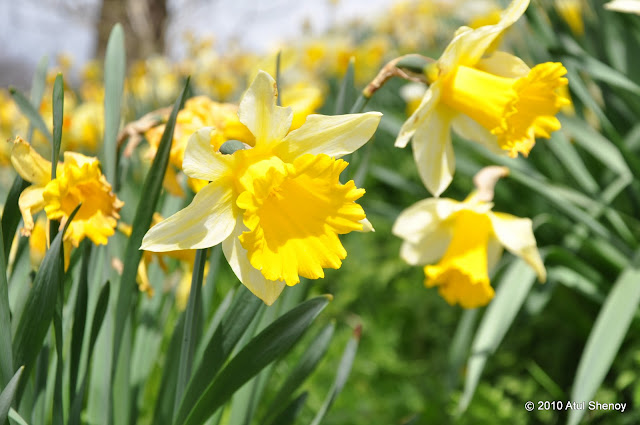 Just look at them! Aren't they amazing? April in UK is Daffodil time. They grow on roadsides, in gardens, in parks, in every little nook and cranny. They are bulbs and once a bulb is planted they keep sprouting and increasing. They don't need much looking after. They are seasonal though, and once the season is over, they lie quietly under the ground, waiting for next spring. 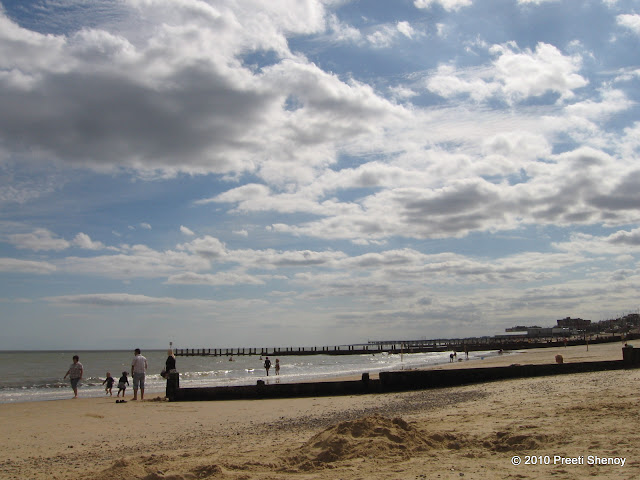 This is a beach in a place called   Lowestoft , Suffolk which is the Easternmost point in the UK. It was a very sunny day when we went. Yet after a while, especially when the cold wind started blowing, we needed our jackets. I find it amazing that the sun in the U.K does not have the same intensity of heat that it has in India. The obvious reason being what we all learnt in our geography--about the tropic of Cancer passing through India and UK being closer to North pole, but yet to experience it in person is something else! 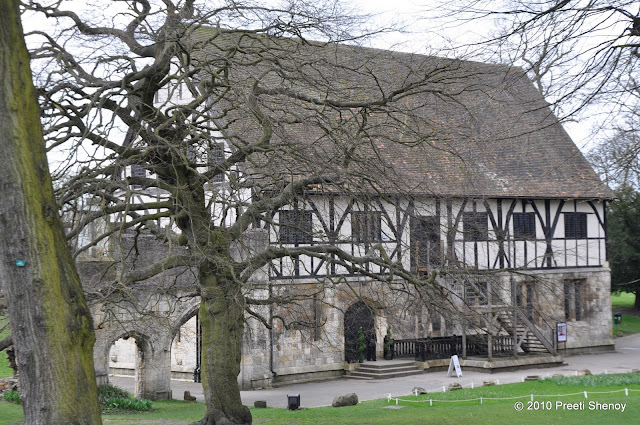 The photograph above was clicked by me at a place called York, in Yorkshire county in UK. We were on vacation and this was at a botanical park there. It is a very old barn which was used as a hospital during the second World War . I loved how it seemed like straight out of a picture storybook! Look at the picture. It gives you a feeling that anytime now a witch may fly out of it on her broom, isn't it? :-) They now use it to hold wedding banquets, receptions and  parties and it can be privately hired. 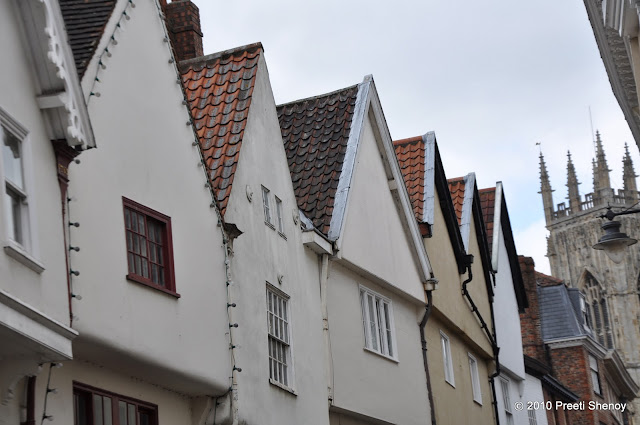 This photo too was clicked at a street in York. At one corner one can see one of the towers of York Minister which is a massive cathedral, one of the largest in Europe. I loved this very English architecture and I loved the way the houses seemed huddled together because of the cold :-)

These are just a few of the thousands of photos which I have clicked.But I think they give you a good flavour of UK.