April 02, 2011
A few folks after reading the previous post  (This is the third blog marathon I am doing) wrote to me asking "Where and how and when do you find the time?"
For those who really want to know, I have written a detailed post about it.
For those who are  just asking , "Oh well, what can I say? "  [Accompanied with a 'trying to be modest' look]

One blog which fascinates me, touches me and which I read quite regularly, but which I have never mentioned before is Agnes's  . Apart from some breathtaking photographs she posts, I love the honesty, openness and sincerity with which she writes too. If you read her latest posts, no one will be able to say what a huge personal tragedy she is coping with, at the moment. The support she receives on the blog is tremendous.

To me, that is what blogging is all about. That is the reason I will never stop blogging too.
The fact is, most bloggers who have written consistently (by consistently I mean at least 5 posts a month) are writers. They write simply because they must. It is really hard to explain this need to someone who does not feel an urge to write. 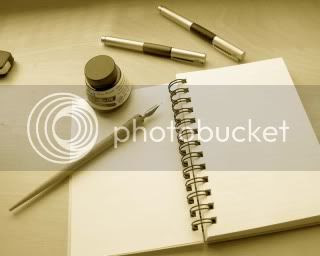 Personally, I write a lot, and not just online.  I have written by hand (and drawn pictures too) ever since I can remember. I still have some 'books' which I wrote by hand when I was about 7 or 8. I have a handwritten journal, which I have had for many years, in which I have written whenever I felt a need to. I use an old fashioned fountain pen too.This journal  of mine is also full of interesting clippings from magazines/newspapers. So it is a journal plus a scrapbook.

I also have a private journal online. Then I have several journals, all written by hand. Two contain my poems which are all painstakingly hand written. Others contain  many different things which I find fascinating. I also have two ongoing journals (which are work-in-progress), one for my son and one for my daughter. I would be gifting it to them when they are adults. I had started this journal when I was expecting them. The journal is all about them--what they did and what they are interested in, at the moment.I capture all the memories. It is amazing to travel back the memory lane and read about what my son did when he was two.(He is 13 now).Same for my daughter. I don't write in these books daily--sometimes even six months would have passed before I made an entry--but each entry is elaborate and full of interesting details. I have also stuck  in their journals stuff like the drawings which they made ( if they were particularly good). The people closest to my children and who have touched their lives in some ways, have also been invited to write in these two journals and the pages which my dad wrote to them (I lost my dad in Sept 2006) is something which is truly priceless.

Some of my closest friends have received handwritten books which I have made. That (and my paintings) is truly the best gift I can give somebody.I have used some beautiful handmade paper journals to create these books similar to the ones shown below. 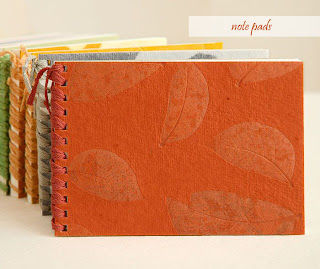 I absolutely LOVE this kind of stuff which I source from Auroville in Pondicherry. (You can look at more pictures here  from where the above picture has been used too.)

Thank you for reading me :) And thank you for saying such lovely things about my writing too :) (I am honoured)

I will see you tomorrow and I leave you today (I want to watch the match!)  with some quotes on writing which I could so well relate to:

You must stay drunk on writing so reality cannot destroy you.  ~Ray Bradbury

Writing became such a process of discovery that I couldn't wait to get to work in the morning:  I wanted to know what I was going to say.  ~Sharon O'Brien


It is necessary to write, if the days are not to slip emptily by.  How else, indeed, to clap the net over the butterfly of the moment?  For the moment passes, it is forgotten; the mood is gone; life itself is gone.  That is where the writer scores over his fellows:  he catches the changes of his mind on the hop.  ~Vita Sackville-West

Words - so innocent and powerless as they are, as standing in a dictionary, how potent for good and evil they become in the hands of one who knows how to combine them.  ~Nathaniel Hawthorne


Writing is utter solitude, the descent into the cold abyss of oneself.  ~Franz Kafka

Life can't ever really defeat a writer who is in love with writing, for life itself is a writer's lover until death - fascinating, cruel, lavish, warm, cold, treacherous, constant.  ~Edna Ferber, A Kind of Magic, 1963

Writing a book is a horrible, exhausting struggle, like a long bout of some painful illness.  One would never undertake such a thing if one were not driven on by some demon whom one can neither resist nor understand.  ~George Orwell, "Why I Write," 1947