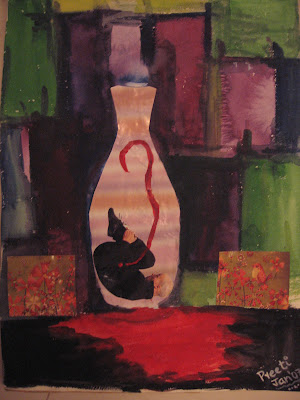 I haven’t seen ‘Fight club’ though it has been on my list. Yet, I can relate to certain parts of Tyler Durden. Especially when he says

“Man, I see in fight club the strongest and smartest men who've ever lived. I see all this potential, and I see squandering. God damn it, an entire generation pumping gas, waiting tables; slaves with white collars. Advertising has us chasing cars and clothes, working jobs we hate so we can buy shit we don't need. We're the middle children of history, man. No purpose or place. We have no Great War. No Great Depression. Our Great War's a spiritual war... our Great Depression is our lives. We've all been raised on television to believe that one day we'd all be millionaires, and movie gods, and rock stars. But we won't. And we're slowly learning that fact. And we're very, very pissed off.”

Or when the voice-over says “This is your life and it's ending one minute at a time.”

That is when I feel a bit sentimental.And I remember, that sometimes some people touch you in a way, that you find hard to explain. Words fail me when I try, and to express myself, I create pictures.
Today was one such day. My friend Tyler Durden [the blogger—not the movie hero :-)] sent me a lovely song yesterday. It has been playing in my head ever since.


We had an interesting conversation today. I don’t remember the exact words he said, but he talked about his heart not being in it anymore. I was moved. Beyond words. So, I created this mixed media painting-collage. And yes, the foetal guy curled up inside the bottle, symbolizes my friend.