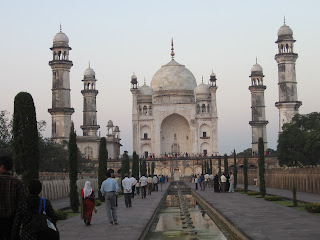 The sobriquet it has earned is “The poor man’s Taj”. However the locals call it the “Twin of Taj”. It is located in Aurangabad and is called “Bibi ka makbara”
The resemblance is indeed striking. Having been to the original Taj Mahal in Agra more than twice, I was curious to see what “Bibi ka Makabara” promised. Even though I expected it to be alike, I was nevertheless, astounded by the resemblance. The Taj is of course, so much more beautiful. The Taj Mahal is made entirely of marble. In this monument, the minarets at the side are made of stone, and plaster. Also there is so much beauty inside the Taj. The lovely engravings which are in the Taj are missing here. However, it does have its own charm.
It’s a tribute from a son to his mother.Prince Azam Khan , who was the son of the Mughal Emperor Aurangazeb built it, to honour his mother.
I found a nice article about the whole thing. Here is the link, for those who want more!! 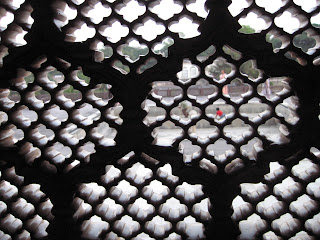 I clicked this picture from inside the monument.Loved the architecture and the play of light.Its made of marble.Look carefully (click to enlarge) and you will see a little child playing outside!


This one ,I clicked from the side of the monument. 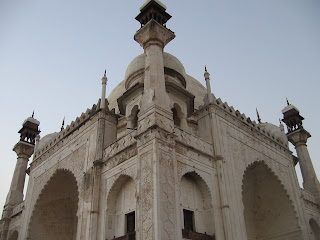 The other picture gives a view from inside.You can see Satish (my husband)and the kids looking down.The tomb is at a lower level, and you stand on the upper level and look down into the well. 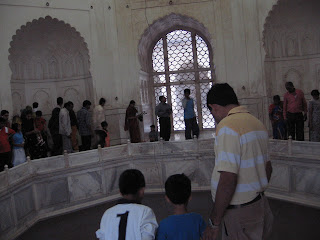 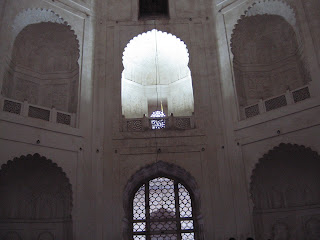 Another view from inside. 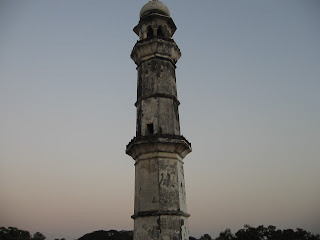 And a view of one of the minarets against the twilight sky.