Are you in the life of a child? 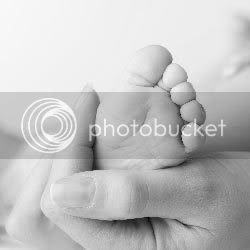 If you really listen and have a conversation with children (as opposed to talking to them) you learn such a lot. They are little philosophers with an uncomplicated life view and the truths they utter are often profound, refreshing and very applicable to our lives as adults. If you are fortunate enough to have your own children, then I am sure you’ll agree with what I am talking about. If not, then closely observe them, next time you are around them and you’ll see I’m right.

Most adults, especially in India and especially those who are not experienced with children see children as a source to amuse themselves with. Some things that these well meaning adults do and some things they say make my blood boil. In the west, children are treated with a lot more respect and sensitivity. I really like that.

In India, a common thing which many folks do when they visit people is to tell a young child (who is 3 or 4) playfully “Your mummy is my friend. I am taking your mummy back with me. Can I?” Of course this makes the child cling to the mother. And if the child starts crying the visitor says “Oh no—I was only joking.” The child is still discovering things. They are still at a stage where they are learning that their mother being in the other room does not mean she isn’t there. Their world centres around their mother—the one person who means the world to them. How do they know that the visitor is joking? Let me elucidate this a bit better—if you are a woman and another woman said to you playfully that she is going to take away your boyfriend/husband for a holiday, just the two of them and leave you behind, you wouldn’t exactly feel good would you? Or if you are a man and another man told you that your wife/girlfriend was sizzling hot and could he take her out for a few hours and if he really meant it I am certain you would smash his face in.(Unless you are into open relationships and stuff like that) . I think you’ll agree now just how insensitive and inappropriate it is, to say this to a child.

Sometimes these visitors take a toy of the child and say that they want that toy. Of course the child refuses. The visitor insists that the child gives them the toy for just a little while. The child refuses further. Finally when the child is on the verge of tears the visitor says he/she really did not want the toy in the first place. Are these people demented? Or is it because they don’t know how to talk to children?

When I used to work at a pre-school (and I used to work in corporate environment earlier) it was the first time I understood what job-satisfaction really meant. It was something that gave me immense joy. Each Monday morning I was waiting to go back to work (something that I never thought was possible) and hated Fridays as I would not be seeing my lovely little students for two days. The parents used to often tell me the children felt the same way! The moment I reached school and opened the gate there would be a flood of children who would come rushing out shouting ‘Preeti aunty’, ‘Preeti aunty’ and I had to put my hand bag down and hug each one even before I entered . They were all in the age group of 3-4 and were very demonstrative in their affection. Oh the joy! I still remember every child’s name, what they liked, how they felt, what they said and even what they drew! (Some of them were really memorable and hilarious but I shall save that for another post)

Sometimes when I see some really badly brought up children (spoilt brats who are destructive, rude, inconsiderate,who run around causing havoc and spoiling everything in sight while fond parents watch indulgently) I feel sorry for them. One can say so much about the parents, even if one has not met them by merely interacting with the child. My colleague and I, at the pre-school where we used to teach, would often observe how some children were already far ahead in their cognitive skills, verbal ability, creativity and social interaction when compared to their peers. And in all these cases, these were the children whose parents really spent time with them, talking to them, having conversations with them, reading to them, showing them glimpses of a wide world outside. The slower ones were generally the ones who used to be parked in front of the television for insane amounts of time.

To a child (and I think this is applicable to most adults too) love is spelt T.I.M.E. A child is truly a lump of clay and you can mould it whichever way you want. As an adult around a child, it is a behemoth, immense and a terrifying responsibility—the fact that everything you say does matter and makes a big difference.

I think each of us who interact with children (even if they are not your own) will do well to choose our words wisely when we talk to a child and remember the following brilliantly summed up words:

Children Learn What They Live