Apologies to all my English friends and to my non-Hindi speaking friends who read my blog as I have used a lot of Hindi words and Hindi movie references in this post.

The subtle and not so subtle differences in living in UK and India. 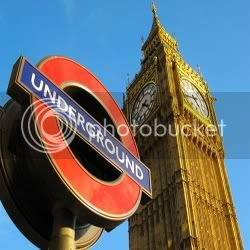 For 37 years of my life I lived in India. I was born in India, raised in India, have visited almost every state in India and have studied in educational Institutions in four different parts of India and also speak 6 different Indian languages. In other words, I am one hundred percent Indian.(and a very patriotic one at that)

Then one fine day, we moved lock stock and barrel (Okay, not barrel. My husband is NOT fat and I am certainly not calling him a barrel) to the UK and it was a great eye-opener for me about how less than 0.9 percent of world’s population lived and how I had to adjust and adapt to their ways , after living life MY way for so very long. You can teach an old dog new tricks, but the dog has to be willing to learn. Most importantly, the dog should not belong to a ‘dhobhi’. (wink) This, I realised, was possible, only if I made certain acute and astute observations on the basic differences between UK and India and only understanding these differences perfectly would make my transition to a foreign land easier, smoother and perhaps richer than Amul butter. The following is what I found.

1. In India, the Sun is a constant presence like the hero in Yash Raj Films who is there is every frame, every shot, every scene—full paisa vasool—but in UK, the sun makes a guest appearance like Subhash Ghai in Hero, and you are filled with excitement and marvel and general satisfaction of having spotted him when he does—the sun, I mean, not Subhash Ghai.

2. When the sun does make an appearance you have to be faster than Akshay Kumar in Khiladi and have to operate that washing machine and put the clothes out to dry before you can say Rajiv hari Om Bhatia ne ki phir hera pheri :-). If you miss to do that, your laundry will pile up for the next seven days and you would be in grave danger of being submerged under it,much like the drunken men being submerged by the charms of Bips in Beedi jallaile, till the sun makes it next appearance.

3. In UK, you actually see four seasons whose pictures you had seen in story books and whose spellings you had memorised when you scored that perfect ten in dictation where you spelt autumn correctly. While in India, I always thought autumn was something English teachers conjured up to test your spellings. In India we see only sun, more sun, mild sun, rain and heavy rains depending of course, which region you inhabit.

4. In UK, even eggs are of three different kinds—those laid by caged hens, those laid by barn hens and those laid by hens which are allowed to roam in the fields breathing fresh air and listening to Mozart. Okay, I lied about Mozart (but everything else is true) :-). The kind of egg each egg is, is actually stamped individually on each and every single egg and each egg has an expiry date as well! The consumer has a choice which egg to buy too!

5. In UK , if one needs a plumber then one has to book an appointment, who if you are lucky would be able to get one after 12 days (as he is on vacation in Spain) and on the appointed day he would arrive on the dot—not a second late—in a huge van (the size of a small home) which has a hundred million tools ranging from pipe cleaning tools to spanners to pipe reseaters and what-have you. He would efficiently analyse and fix the problem and leave you poorer by 80 pounds ( Rupees 6097 only).

In India, I just had to step out of my house and shout for Tapan or Patel or whoever was the Society’s ‘plumber on call’ who would come immediately, without a moment's delay with a wrench and a screwdriver and would fix my problem and would be thrilled with the rupee hundred note (1.31 pounds) I generously ‘tipped’. (as they already get a salary and aren’t supposed to take money from residents)

6.In UK, cars actually wait to let pedestrians cross. This ‘Pehle aap’ game while crossing roads took a bit of getting accustomed to . Especially, since I was so used to Mumbai and Pune where you weave your way through non stop cars at breakneck speed like the guy in the video of Bon jovi’s ‘It’s my life’.

7. In UK, my children ask me in a very British accent (yeah, they have lost their Indian accent completely now) "Mom—are my friends allowed in?" I always answer “Of course they are.” I was surprised to learn that in UK, friends are not always ‘allowed in’.

In India, my house was always full of kids on some days. They did not have to ask. They were welcome. It was also understood that if we were having a meal, whichever friends of the children happened to be present , ate with us. It was the same for my kids when they went to someone’s home too. But in UK things are a little different.

9. The English language has no equivalent for the ‘th’ sound in Hindi (which is found in words like bolti) and consequently my name is always pronounced ‘pretty’ which I have learnt to ignore. But what I still haven’t got used to is my son’s and daughter’s friends calling me by first name. “Hi Pretty” said a lad who was already taller than me, at school (where I was helping out with a film making project) who is my son’s classmate and I looked over my shoulder before I realised he was addressing me.

In India, it was always “Hello Preeti aunty”. Here in UK, my English friends tell me that they find it very irritating to be called ‘Aunty’ because “I am not your aunt” and they have specifically told my children to call them by their first names, which of course we have no problems following and have adapted very easily too.

10.The best and really good part about living in UK is the libraries. They are outstanding, amazing, marvellous and nothing like I have ever seen in India.(and I have been a member of a library ever since I could read, so that is a LOT of libraries). One can borrow FIFTEEN books at a time which means between four of us, we can borrow SIXTY and that too free! Besides books, there are latest DVDs, Games CDs for Wii, X-box etc and also thousands of latest and old audio CDS, television series DVDs and so much more. For me this is like PARADISE.