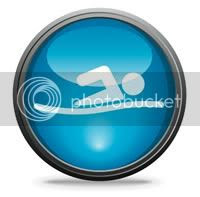 It is deliberately and consciously that I try to keep current affairs and ‘breaking news’ away from this blog. This is a blog full of Bubblegums and Candies, hot chocolate and iced tea, warmth and love, comfort and happiness and of course, delighted genuine peals of laughter. I get hundreds of mails from people who share their lives with me and who consider me a good friend. I am humbled and honoured that my writing touches your souls.

But today, if you have come looking for the things that you usually look for, (especially the 'surprise' that I promised in last post) I’d suggest you stop reading. Sometimes bitter pills are needed too, as digestives.

It is the Thekkady boat tragedy that has compelled me to write this post. Perhaps it is because I have visited this very place and sailed on the glorious river Periyar, a countless times. Perhaps, it is because I have recommended this place to my friends who are visiting Kerala for the first time. Perhaps, it is because, after getting married, I took my husband to this very place with great ardour and showed him the sites that he marvelled at and my heart swelled up happiness and intangible but definite pride, as though I owned the place. We loved it so much that after the children were born, we took them too on this same boat ride and enjoyed their delighted exclamations when they spotted the elephants.

Perhaps it is because of all this that I can identify with the excitement of the tourists who rushed to see the wild elephants when they spotted them, thus making the boat capsize. A boat carrying 76 passengers capsized and my tranquil and serene Periyar has now become a monster that has swallowed more than 36 lives including 11 children.

I could not bear to watch the NDTV compere thrusting the mike into a man’s face who had just lost eleven of his family members including his wife and two children. The harsh lights of the camera zoomed in for a close up, to capture his grief and the interviewer prodded piercingly asked him whether the body of his two year old child had been found. Perhaps she was hoping that he would break down, thus making ‘good television’ footage, sending their TRPs soaring. I switched it off in disgust. I suddenly remembered why I had stopped watching news on television and had stuck only to music channels.

The Chief minister of Kerala has announced a compensation package of rupees 5 lakhs, for each life lost. Even a million pounds would not have sufficed The politicians are saying all the right things, condoling death and expressing their ‘heartfelt’ grief. The inquiry reports talks of safety norms being flouted as none of the passengers were wearing life jackets and nobody warned them about rushing to one side.

However what really strikes me as I write this post, is that so many of them could have saved themselves had they known how to swim. The shore isn’t ‘unreachable’. For a person who knows swimming , it is really not hard to swim to safety.

I strongly feel that we Indians, pay scant attention to ‘life skills’. Swimming is a life skill, yet is it taught in schools? No! We are too busy making our children cram for Board exams and after that, IIT JEE and CAT and GRE and what not. You can perhaps argue that not many have access to swimming pools. But let me tell you—where there is a will, there is a way. Most cities that I have lived in, do have fairly clean and accessible public pools which you can use for a small fee. But hey, chances are that if you are reading this blog, you are well off and can comfortably afford to access a pool at a private club or a hotel. The question here is not of accessibility—but people seeing the need to know swimming. If you do know how to swim, the rest of the post is not for you. But if you don’t, then please read on.

Everybody in my family swims. I learnt swimming as a child and yet I had never entered a swimming pool till I was 20. My father was an expert swimmer and in the village he came from, the children learnt to swim, before they learnt to crawl. When my father was a child and before he learnt to swim, his brothers used to take him in a boat to the middle of the river. Then they would carry him and throw him into the river. You natural instinct is to lash out to save your life. Of course, they would not let him drown and they would pull him out as he choked ,spluttered and spat out the water. They were tough and they did not believe in molly coddling and taking the easy way. This was their way. It was the only way they knew. A couple of more such treatments and dad learnt to swim.

I too learnt to swim in this very river. The current was stong. Summer vacations were always spent at Kerala. My dad would take me and my brother along with numerous cousins. We were the ‘city dwellers’, the ‘softies’. They were all excellent swimmers as they had lived there. The current was very strong and your swimming skills developed a lot as you tried to swim against the current. Swimming with the current was so easy in comparison. (But it was very easy to be swept along too—so you had to know how to get back). After having swum here, I was astonished how tame, swimming in a pool seemed, in comparison, when I first entered it. I have since then, swum in the Arabian sea in the beaches of Goa and magnificently breathtaking Lakshadweep. I have swum in the Bay of Bengal in Mahabalipuram and Chennai. In comparison to the sea, even the river seems tame now.

When I was a child, I have seen my father saving a life, at the sea. The man was drowning and dad jumped in without a moment of hesitation. Being an expert swimmer, he yanked him out and had brought him to safety by which time help had arrived. At a resort in Bangalore, I have done the same for a eleven year old child who had somehow fallen into the deep end. The profuse gratitude of parents towards me is something I can never forget.

I was insistent that my children learn swimming in India. I taught them myself even before they turned 4. But it was not in a river like my dad taught me-- it was in a very tame pool in our residential complex. Still I thought I had done a good job, as compared to the children in India, they seemed to swim well. But imagine my shock when we moved to the UK and I was told that my son, along with a few other children needed special classes to clear swimming tests. He was excellent in academics and far ahead of others in Math. But when it came to a basic life skill, he lagged behind. What I really liked was that it was mandatory , here in UK, to clear the swimming exam. There is so much stress on life skills. He was also doing carpentry for the first time in his life, something that he had never done in India.

You can argue that UK is a developed country and so the state can ‘afford’ to do it. Our government does nothing in this direction as it has other problems etc. But I am talking about YOU. What I am trying to say is please pay heed and help yourselves. If you do not know how to swim, please enrol for a course. Invest time in it.

You may not travel in a boat on Periyar which will capsize. But of course you will do other things at some point in your lives. You never know when a basic life skill like swimming could come to your aid. The life that you save could very well be your own.