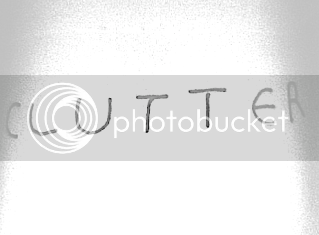 Many many years back, and it seems like such a long time ago-- almost another lifetime as it was before I had my children-- I used to read the self help books. I used to follow the parts that appealed to me and I used to consciously mould my way of behaviour according to what the books suggested. Needless to say I would choose the books with care, and one of the books I read very early on in my life, was 'Don't say Yes when you want to say No'. I remember following some of the exercises in the book and I remember how the book emphasised the difference between being assertive and being aggressive, and why it was important to say No. I have never had a problem saying no to people when I don't want to do something they have requested. Paulo Coelho tweeted some time ago "No" is painful, but much better than a "yes" that brings regrets. How true!

Many years back I had also read another book whose title I have now forgotten. The book had an excellent suggestion. It asked you to write down (not just think it mentally, put a pen to paper and write it down) a list of petty annoyances that you tolerate on a day to day basis. It could be something very trivial like that drawer which gets stuck, or a small tear in your favourite jacket which you have been meaning to mend, or that painting which you have been meaning to hang up. It could be something more serious like a very real threat of losing your job because the organisation you work for might be taken over, or it could be an annoying boss, or it could be frustration you feel as your children who are teenagers are not listening to you or a spouse who refuses to listen to your repeated requests about something that bothers you. Whatever be it, that is bothering you, list it down. It could be 'solvable' problems like a messy room or a pile of magazines that you have been meaning to get rid of or a phone-call that you have been meaning to make. Whatever it is ,think hard and write it down. The book said that the very act of writing it down, gave a concrete shape to minor annoyances which are really hindrances in getting what you want. Eliminating the ones over which you have control (like the tear in the jacket and the messy room) clears the energy clutter and gives a clarity to thinking. You are able to focus on your goals better. The book talked about a person who put in long hours at work and was very frustrated as he had not got that promotion that he anticipated. On the list he made, was a simple thing like 'no time to watch a sunset'. He had suppressed the little annoyances so much that he had forgotten about what mattered to him. That week he left work early and went to the park for a walk and enjoyed the beauty of the colour and life around him and watched the sunset--something that he had not done for several years! Soon after he changed jobs and was now in a job which recognised his efforts and brought great satisfaction to him.

Of course to assume that making a simple list is a solution to all your problems would be assuming too much. But the essential thing behind all this (saying no and eliminating annoyances) is basically that you are freeing your mind. You are defining your goals.

I had tried the list making exercise and I felt great satisfaction a week later when I that almost 90% of the things on my list had been taken care of! Eventually the 10% got fixed too.

Basically both these things that I mention here, saying no and getting down to things that are bothering you are taking care of the same things. They are plugging the drain on your time and life and improving the quality of living. Eliminating clutter, be it a clutter of thoughts or a clutter of objects or a clutter of minor annoyances does work and bring results that you want.

Try it and you will instantly feel a satisfaction that is hard to explain. I know it because I have experienced this several times.

What are you going to eliminate today? If you want to tell me or share your thoughts about this, I 'd love to hear what you have to say.