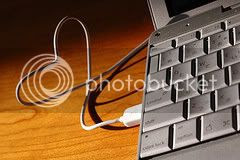 Snippets of actual conversation during the last one week, reported verbatim.

This was between me and my 10 year old son, after watching jaane tu ya jaane na.We were driving home, after dropping my daughter at her dance class. I was concentrating on the road and nodding, only half listening

“So boring. If she cries you have to console her and keep pacifying her. Ugh. I would rather play my GTA.”

What could I say to that?! I just smiled. After two minutes—

“Which one would you prefer—a boy friend or Internet?”

“I would prefer a husband actually. Not a boy friend. Boy friends can ditch you easily. Husbands usually stay around.”

“More than the Internet?”

“Well—yeah. Internet cannot take you out, or cuddle you, or buy things for you or tell you things like you are pretty or you smell good.”

“Was papa your boy-friend before you got married?”

“Papa. But when he is traveling, surely the Internet.”

I told him about how Internet was not as prevalent as it was today, ten years back. I told him that when he was born, we didn’t even have a computer. He was so surprised to know that. He wondered how people managed when they have school projects—or how people communicated to each other. Kids these days seem to have a facebook or orkut profile, even when they are in the womb!

Later I overheard him telling his sister that mom loves dad much more than she loves the Internet.