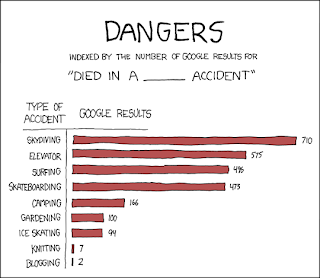 A few years back, when I did not have a blog, a friend (actually husband’s friend) came home for dinner. I was super impressed and was in awe, almost reverential when she mentioned that she has a blog. I remember taking down the URL from her and reading what she had written.

More than the content of her blog,I think it was the fact that someone whom I know personally, actually writes regularly and gets responses that fascinated me. Till then, no one in my circle had a blog.

Sometime later, I met a guy at my Salsa class. He too mentioned his blog and wanted me to read it and leave comments. I read it but I was so hesitant to leave any kind of comment. The next day I told him what I felt about his post.

This was a couple of years ago.

Now that I have my own blog, I know how much comments mean to bloggers. When I first started writing, I had no idea that so many would read what I have to say. It was out of desperation that I was reaching out. When I started getting responses, I was delighted.

There is term coined for people who read blogs and don’t leave comments—they are called ‘Lurkers’. Years back, I was a lurker. So I understand well why lurkers do not leave comments. Many of them feel that they may sound foolish—or they may feel that whatever they have to say has been said by others. Or they may just feel that what the blogger said is silly and irrelevant.Or they may be scared to reveal their identity online.(rare--but I know someone who is) Either way—they read and leave. (click on the coloured word to know more)

Since blogging is purely a passion for most of us, I feel the least you can do to reward your favorite blogger is to leave a comment! People—we don’t get paid for blogging.(despite google ad sense.I refuse to install it) We blog to connect. We blog to voice out what we feel. We blog to share. If you read and keep quiet, how will an interaction happen?

If you are shy to leave a comment(but want to) , the best way would be to NOT read other comments before posting. That way you don’t have to worry about what others said or did not say. The very very least you can do is just type “It was an interesting post” (just 22 letters. That isn’t asking for too much, surely!) So, Emerge, all ye who lurk and transform into commenter!! (Touches your head with magic wand)

Of course I subscribe one hundred percent to the dictum that you should leave a comment only if you found the post interesting or ‘comment worthy.’ I also believe in the dictum that if you have nothing to say on your blog, you should be silent! An ‘empty post’, posted just for the sake of posting, is really polluting the blogosphere.