John Smith, I love you ! 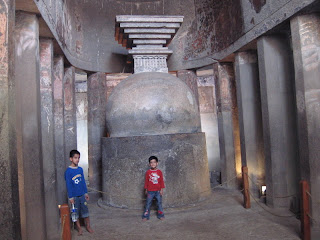 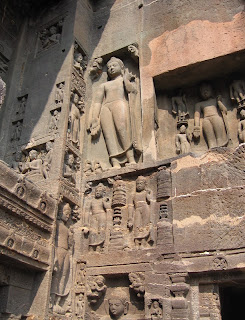 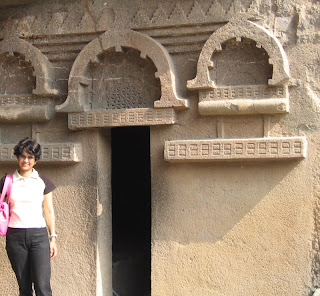 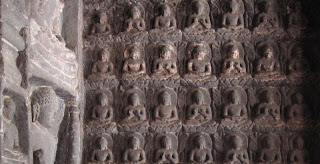 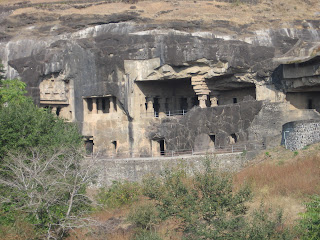 History has always excited me. Visiting a historical site is like visiting a fairy tale that really happened in the past, with proof to show for it!
Have just got back from a fantabuluos (fantastic+ fabulous—no other word describes it) holiday and feeling so recharged because I enjoyed every moment of it. Was so excited that I clicked 199 pictures! Just uploaded them and was surprised myself!

We had driven down to a place called Aurangabad which is about 214 kilometres from where I stay. Aurangabad itself, is replete with history and the town is scattered with remnants of a bygone era—the old forts, the monuments all bear silent testimony to a royal era of the Moghals who ruled India between 1527 and 1690. Aurangazeb was the last Moghal emperor and the city is named after him. There is lots to see in Aurangabad itself.(I shall post pictures of this quaint place in the posts to come--There are so many!)

But the icing on the cake was the visit to Ajanta and Ellora caves which are a world Heritage site. They date back to 500-700 A.D. Can you believe it?!! They depict the story of Buddhism,Jainism and Hinduism spanning a period from 200 BC to 650 AD.The whole thing is a giant sculpture, into which you can walk, and such serenity and calm descends on you, when you walk in and you are transported back in time.You can almost see the Buddhist monks meditating, and you feel a bit like Henry in “The time traveller’s wife”!

The cave shrines were all cut out of rock, by hand, and rank amongst some of the most outstanding specimens of ancient Indian architectural heritage. The 34 caves at Ellora and the 29 caves at Ajanta, were remained shrouded in obscurity for over a millennium, till John Smith, a British Army Officer, accidentally stumbled upon them while on a hunting expedition in 1819. The view point from where John Smith first glimpsed the caves, provides a magnificent sight of the U-Shaped gorge and its scenic surroundings. It is estimated that the task of quarrying its 3,000,000 cubic feet of rock must have taken at least one hundred years. To quote a visitor "It is really a wonder to see so great a mass in the air, which seems so slenderly under dropped that one can hardly forbear to shudder upon first entering it."
They are simply breath taking, amazing, astonishing, awe-inspiring, phenomenal and so very beautiful.
(See the pictures.See the lovely carvings.The first picture shows a "stupa" inside one of the caves used for worship.Those are my kids in the picture.)

We stayed at a great place too.(The meadows resort) See the link below.

Ajanta has been designated as a World Heritage Site, to be preserved as an artistic legacy that will come to inspire and enrich the lives of generations to come.

There are a few places in the world that one MUST DEFINITELY visit. Ajanata- Ellora is one of them.