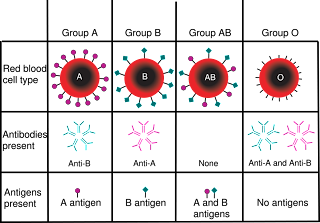 Isn’t it amazing that for the entire Human race there are ONLY FOUR blood groups?They are A,B,AB and O. According to the Rh-factor,antigens and antibodies, they are further classified into "positive" or "negative".

We may speak different languages, eat different food, wear different clothes, but what lies beneath is still the same. It is true of emotions too. We all feel sad, happy, frightened, jealous, angry, bored , indifferent—no matter which culture we are from.

I had written this poem in January 1992. It won the first place in a poetry writing contest at state level. At that time there was a lot of very ugly communal violence going on. There was a lot of bloodshed in the name of religion. I found it mindless--and still do. If we teach our children to be more tolerant, then I think there will be less violence in the future world. A simplistic solution? Perhaps—but I do think that the seeds we plant today will definitely bear fruit in the tomorrows to come.

Here is the poem.

Hope vanishes
God is just another word
It is temples against mosques
The ruler is the sword.

Law dies; Violence is rampant
The ground overflows with chopped legs and severed hands
I ask, Can all the medical tests in the world,
Distinguish a Hindu’s blood from a Christian’s?

Suddenly the colours run riot
It could be morning or evening
I see a new horizon,but
Is the sun rising or setting?
© Ps