Your clothes and you 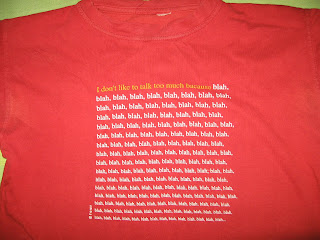 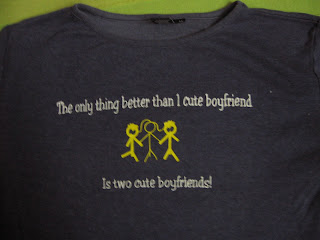 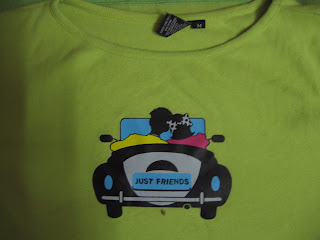 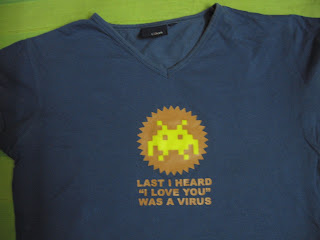 Many people wear t-shirts which are handed out by companies that they work for, or given out as freebies which advertise the company product or logo. They do not seem to mind the fact that they are walking bill boards, advertising the company free of cost.And there is nothing wrong with that either,as after all, clothes are your personal choice.
I for one, will never wear any such T-shirt, though I have nothing against those who wear them.

I have my own collection of t-shirts that I find are “me”—whacky, humorous, or just appealing to me in some way.

These are all my favourite t-shirts that I often wear.

The others, you can see for yourself what they say!

Right now, I’m wearing the green one that says “Just friends” .I really laughed when I first spotted it in the store. The picture is a perfect answer to the age old question--Can a man and a woman be be ‘just friends’? Can a relationship between a man and a woman be just platonic? For centuries I think everyone has been debating this. “When Harry met Sally” remains one of the most popular movies on this theme.
If you ask me whether a man and woman can be just friends, I’d say “It depends on which man and which woman” Ha ha ha …. :-)

What do you say?