When was the last time you did something new? Blog marathon Post 3.

These were some of the thoughts that occurred to me when I took my dog for a walk, a little while ago. She is a large dog, and when she stands on her hind legs, she can put her front paws on my shoulders. So you can imagine how huge she must be. On top of that she does look scary, as she is a doberman. 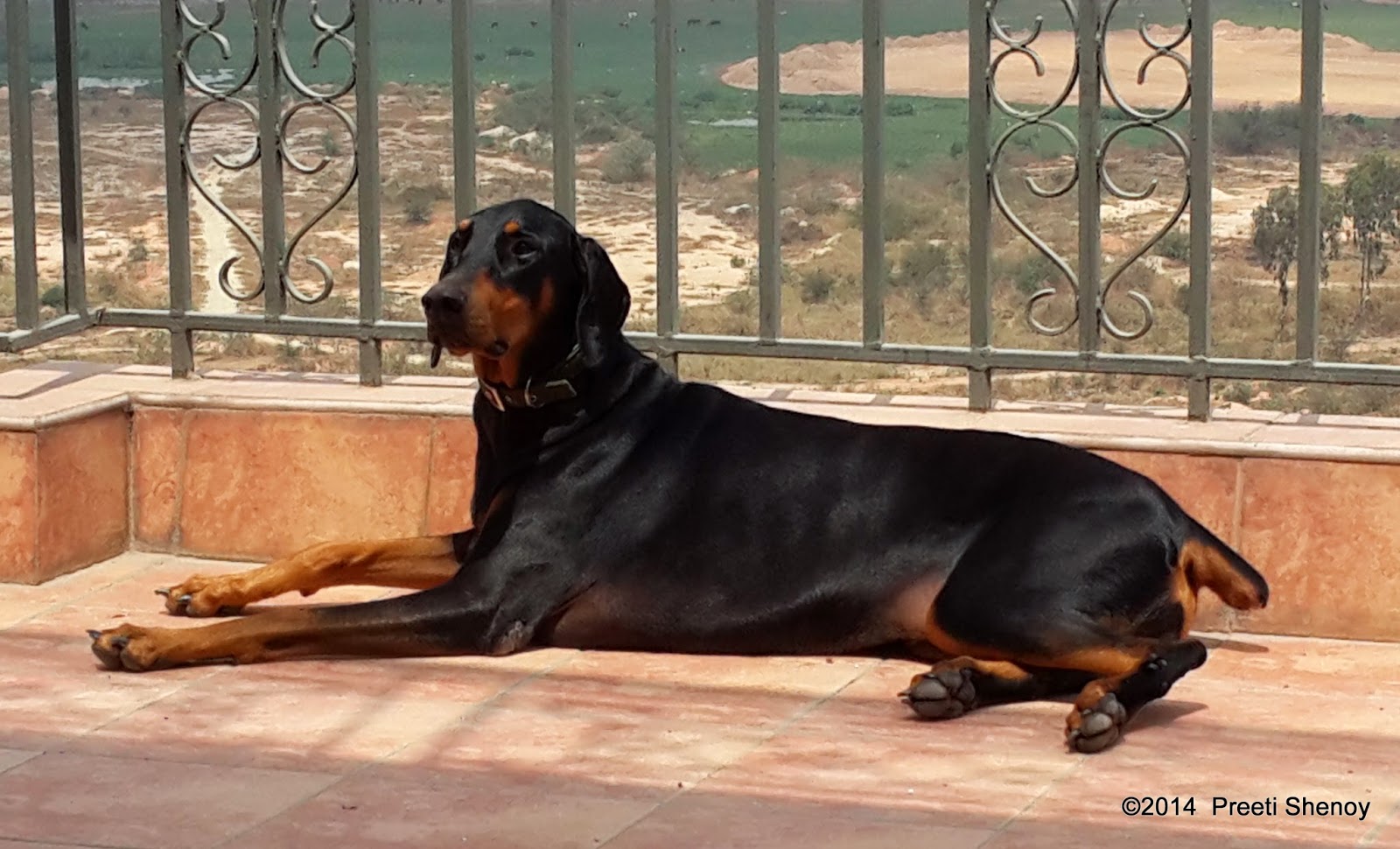 Usually when I take her for a walk, people are so scared that they cross the road and go to the other side. They part  and make way, like the sea did,  when Moses held up his staff.

But today, where was a group of kids who were so curious about her.
They wanted to know if they could pet her. I asked them if they were not scared and they asked me if she would bite them. I told them that she was trained and as long as I was with her and told her that they wanted to pet her, she would understand.
Then I made her sit and one by one, the children petted her. Only one was scared. The others nudged her and encouraged her, but she didn't want to touch her.

The children asked me a lot of questions about her--how old she was, what her name was, what kind of a dog was she, what time did i bring her for a walk on most days, could they come every day to pet her and what she ate on a daily basis and what she did inside the house.


What struck me was that the children were so curious about her, and had not let prejudice affect them. The doberman gets a lot of rap as a ferocious breed. Even though the children were aware of it (they asked me about it) they were willing to overcome their prejudices for the joy of experiencing something they had never tried before.(Petting a doberman).

How awesome is that?
When was the last time, you did that as an adult? Ever thought about it?

If  share, I would love to know. Do leave your comments in the box below.