When I say 'best', it is just my personal choice. It isn't based on sales or any official figures. It is stuff that left an impact on me, stuff that I felt was worth remembering.

First the  movies. I do not watch Television at all but I do watch movies. Three movies that i totally loved were:

This one really made me cry. I could so identify with the protagonist. If you haven't watched, do watch it. It is a story that will touch your heart. Another movie that I loved was:

Surprisingly most men I spoke to didn't like it. They said it was neither a typical James Bond movie, nor was it a 'very good movie'. Me--I totally loved it! Daniel Craig was just wow :-)

Another movie which blew me away totally was:


Since I have lived in Pondicherry (I love the place) some of the frames were very places I have been to innumerable times! Life of Pi is a 'must watch'.

The other movie I liked was Zindagi na mile dubara. It was a fun watch. I also liked Talaash especially the sensitive way in which the brothels were portrayed and the irony of the love story between the pimp and the prostitute and the dreams he wove. (this was not the main theme of the film, it was a minor thing but it struck a chord with me). I also enjoyed Vicky Donor.

And the one I totally detested, abhorred, gagged over was the much touted 'Barfi' (so many scenes --a blatant copy of many movies). It gave me such a head-ache. I wanted to run out of the movie hall after enduring twenty minutes of this torture.And to think that this absoulte crap was nominated as India's entry for Oscars. (*runs to the toilet to puke*)

The best song which totally bowled me over was
Gotye's somebody that I used to know.


The video is amazing too.

Another one which i liked (even though it is very teeny-boppish) was:

I also liked Swedish House mafia's 'Don't you worry child'.  and also Lenka's everything at once.

When I think of Hindi songs,  the only ones which come to mind are 'Ishq wala love'  (from movie student of the year which i refuse to watch--just not my kind) and 'Subah hone na de' (from Desi boys which was fun). I liked both these songs a lot.

Guess I am not that big on Hindi music--I am sure there are many more great songs but I am just ignorant or they didn't make an impact on me.

Now for the books that I absolutely loved  and are a 'Must read'.

(and by the way, click here for the official list of TOP FIVE highest selling books of 2012 and  guess  what--my 'tea for two and a piece of cake' has made it to top five!!)

If I were to pick books, I would pick the following: 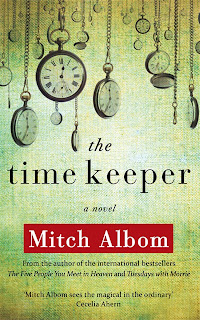 I totally love Mitch Albom's writings and his book 'Tuesdays with Morrie' remains one of my all time favourites. 'The time keeper' is a book which is brilliant and a must read.

Another book I loved was Ruskin Bond's Maharani. 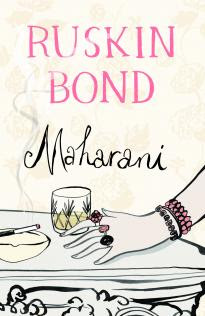 Ruskin Bond's story telling skills are legendary and I love his writing. Maharani was a story which left an impact on me and transported me so effortlessly into his world. (which is what a good writer should do. the reading has to be effortless and the prose has to flow smooth)

Two other books I loved (which i read in 2012--but they were written much earlier) were  Neil Gaiman's Graveyard book and Eva Ibbotson's Platform of Secret 13. Both are not really adult books, but I loved them both. :)

Share it with me (with links please) :) I would love to know.

Wishing you all an amazing 2013, filled with joy, peace and happiness.