Why I cannot stay away from you for long

June 10, 2011
How can I be away from you for long? :)
Especially when you're so responsive and read everything I write! Where else will I get such unconditional and loyal love, but  from you :)

One of the reasons which kept me away from this space was a new love affair that I started recently. It's Tumblr .This blog (Just a mother of two)  is a happy space and  also this is a space where I do not post short stories or videos. Also many a time there are articles I come across, which strike me as deep and powerful and I want to share them, showcase them and go through them again and again.I find Tumblr ideal for that. In my Tumblr account, I haven't enabled comments as I don't want to interact there. Initially, I wasn't even going to share my Tumblr with anyone, but people discovered it anyway. :) Some affairs cannot be hidden for long, I guess. I now quite like how my Tumblr is shaping up (I have posted some dark short stories written by me, there)  and in case you want to have a look, you'll find a link in the navigation boxes at the top of this blog.

The other major major news (those who interact with me on FB will already know this) is that 'Life is what you make it' has been declared a National Bestseller! :) It has gone into THIRD impression in record time! It is still topping the Charts on Flipkart   as well as on Hindustan Times Top ten fiction. 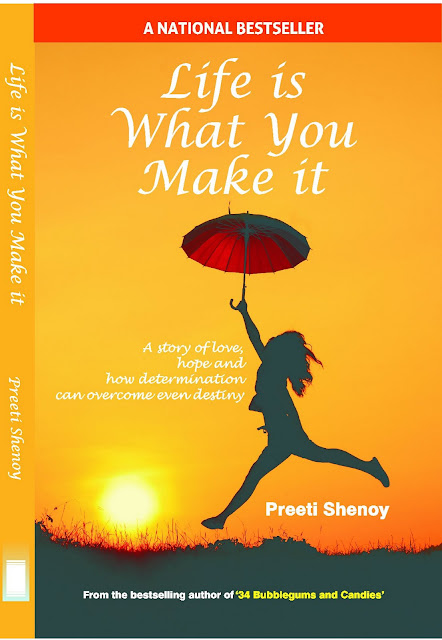 Another fantastic thing which happened is that this blog has now crossed One thousand subscribers. (wow! so much love! I love you too!)

Now you know why I cannot stay away from you for long ;-) Despite my new love affair with Tumblr! (and I don't know how long that will last) :-)

Old friends are always the best and I do not let go of old friendships so easily.