Have you LIVED today? 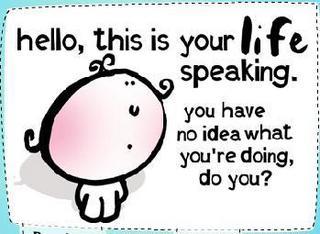 On Tuesday morning, the first thing I heard as soon as I woke up was that the old lady who lived four houses down the lane had passed away. Her grandchildren play with mine. S and I went to pay our respects and offer condolences.

There are many rituals and customs associated with a Hindu funeral. When I went there, it was like re-living my dad’s funeral all over again. It has been a year and five months since he died. (In case you don’t know the story click here and also here.) But yesterday, when I saw all those rituals being performed it felt like going back into a horrible nightmare from which I have woken up.

Death is always a sobering experience and whole of Tuesday was spent in quiet contemplation. Yesterday afternoon, my mom called. What she told me left me shocked. A distant cousin (who is the same age as me and who has kids the same age as mine) lost her husband all of a sudden. One minute he was walking to his car, then he felt a little uncomfortable and came back home. Then he sat on a chair and was gone. Just like that. It was spine chilling because it was so similar to how my dad died. (He had died in the midst of a conversation with my mom)

It just makes me think how fragile life is. How unpredictable it can be. Till now, such things were always things that happened to other people. You heard about them, but it did not affect you much. But once it happens to you, then you feel so vulnerable.

I felt slightly better after I called two of my closest friends and cried about it. Then poor Prats asked how I was and I poured out my sad tale to her too.(It is very rarely that people see the sad side of me) She listened so patiently—most importantly did not offer pity or advice. Somehow I hate pity.(I hate advice too—but that’s another story.) I felt so much better after that chat with her.

It is foolish to say “Don’t worry—nothing like that will happen.” Because that is simply being unrealistic. It can happen.

It is also why it is so important to TELL the people you love, how much they mean to you. A friend always tells me “Live each day like it is your last. Someday you will most certainly be right.” I cannot agree more.

After all, life has a way of pulling out the rug from under your feet when you least expect it. You may not be able to prevent that—but at least you can lie there, laugh, dust yourself and then walk on.

Like someone said “Whatever I have learned about life can be summed up in just three words. It moves on.”

So, what have you done today that made you feel like you have LIVED? (I am listening if you want to share)

You have done nothing? Then go, call up the ones you love (or give them a big hug if they are there with you) and tell them how much they mean to you.

Stop reading and Do it RIGHT NOW.( and then come back and tell me you did)