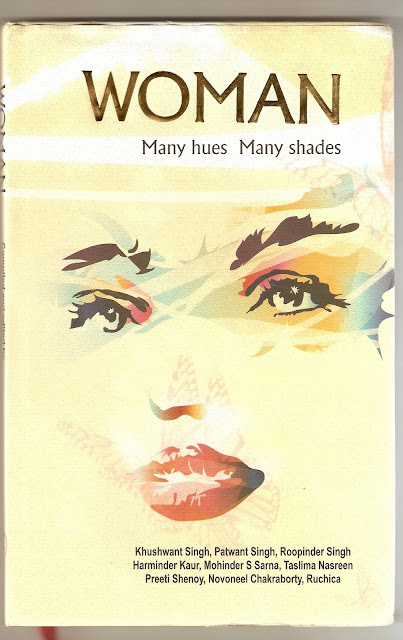 When Satjit Wadva first contacted me and asked me if she could use two pieces I had written (I had written one for Times of India and another was in my book' 34 bubblegums and Candies' ) for a book on 'women' which she was editing and compiling, I was honoured. I readily agreed. But I had no idea at that time that the finished product would be so good!

Last month she sent me not only that book but also her earlier book ' Life is Death is not'. 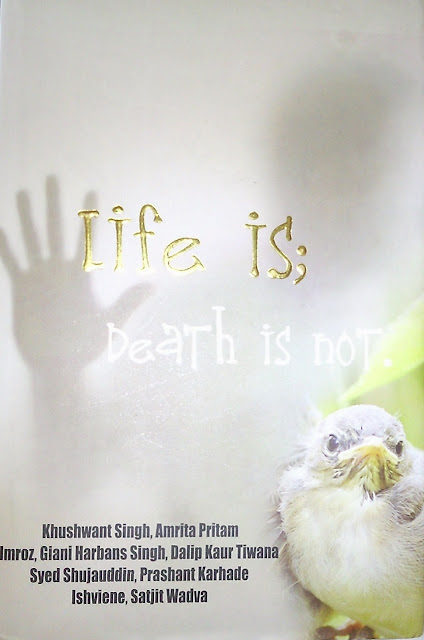 Both books are beautifully hardbound and a delight to behold! (All book-lovers will know what I am talking about when I say that.) Both are non fiction.

The first book (yes, my name appears on the cover page along with eminent writers like Taslima Nasrin and Khushwant Singh) is basically a compilation of deep, thought provoking pieces by different writers. All the pieces are well chosen. Satjit herself has written about the Dowry system in India and also another piece called 'Live Like a woman' which acts like a wake-up call and makes one think. The book also has  a wonderful piece by Sam Levinson which was read by Audrey Hepburn and also has a poem by Wordsworth.

Female  foeticide is an ugly truth which India faces and is not only  appalling but also heinous, unforgivable and unjustified to say the very least.  It is a brutal crime and deeply pained by this, the publishers decided to come out with a book like this, which they felt was the need of the hour.
The back blurb of the book says "Woman--many shades, many hues captures the multifaceted phenomenon  of a woman. It looks at how she is and how she has survived the stifling circumstances for centuries and yet come out not just alive, but vivacious and brimming with life." The book also contains some light hearted pieces.

Satjit's other book, "Life is, death is not" moved me deeply. She says that death is something we all have to face one day, yet we avoid talking about it as it is considered morbid and depressing. This book is an attempt to understand and accept the inevitability of death. It makes us contemplate on death It makes us realise how important life is. The first part of the book (which I devoured) contains in a nut-shell what various religions say about death.The perspectives are enlightening. The second part has many pieces, again written by various eminent writers about their personal experience with death. Satjit's own piece "The deaths I have lived" moved me a great deal. I also loved her practical matter-of-fact approach in dealing with rituals associated with death.With writings from Kahlil Gibran as well as Amrita Pritam and Khushwant Singh, this book is truly 'wisdom in a capsule'.

Both the above books are definitely not for 'light reading' but they leave a big impact on one.

Incidentally, Satjit Wadva is the person who was my editor for '34 Bubblegums and Candies' and she did a splendid job. She was very supportive, very thorough and had endless patience. I am grateful to her. I began addressing her by first name as we had only spoken to each other on the phone  and later I learnt that she is above 60. :) When I knew that, the Indian values instilled in me made me want to call her 'Satjit M'am' but she said she actually  liked it that  I called  her Satjit. (I could understand as somehow I hate it when people call me 'aunty' unless they are my children's age! I find it an obnoxious custom in India that even 25 year olds call married women 'aunty'!! I am of course proud of Indian traditions but am anti the aunty culture! )

Thank you Satjit for sharing these two books  with me. I am enriched because of the same.

In case you want to buy a copy of these books, they cost Rs.295/- and Rs.300/- . You can get them directly from Satjit herself  (e-mail her on satjitwadva@yahoo.co.uk) or from the publishers (email them on lahorebookshop40@rediffmail.com).