February 16, 2010
Firstly, a big thank you to those people who left a comment on the previous post which was special for me, as it was my 400th.( Ironically that post seems to have got the least number of comments compared to my previous ones )

Here is the part 2 of  the very special post . I had asked the same questions to a few more people and had also told you I'd give you my responses at the end. :-)  So here it is as promised! 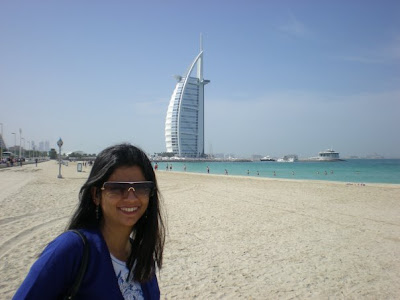 Suma blogs here  and used to develop content for an educational website. She now freelances (writes travel articles) and does all the things she did not have time to do earlier. When I first stumbled upon her blog, I was so delighted as she is my kindred soul! Our thinking, values and even taste in books and attitude towards raising children matched to a T! :-) She is smart, articulate, beautiful and a  mother to two lovely boys  (Yes, she does not look it at all. Apologies to all men who drooled looking at her picture :P  :))

1. Would you rather have the power to be invisible or the power to read minds?
The power to be invisible...think of the fun/exciting stuff I could do *wink. Besides  I think I already read minds pretty well, ask my husband.
2.Would you rather spend the rest of your life without a significant other, or would you rather have a partner who is extremely difficult?
Without a significant other, ' cos at least then I could live life on my own terms, rather than spend it in conflict.
3.Would you like to know the day you’re going to die ahead of time? Why or why not?
No...because if I did know when i was going to die, the time left would never ever be enough. I would rather live each day as if it were the last one, which unfortunately is easier said than done.
4.What does love mean to you?
Depending on the relationship, it could mean any of these things
Warmth, kindness, a touch, a look, tolerance, in letting go, laughter, friendship
5.Do you think it is okay to lie? When would it be alright?
Depends on the circumstances. There are a few occasions when telling a little white lie does not really hurt. Though I lie to myself most of the time.


Reflections
There is certainly something about her! :-) I am scared to even write her name as she had mentioned in one of her posts as to how she did not want people to find her by googling for her name. So I dare not whisper her name or even put up her picture! But she is amazingly honest, down to earth, witty, sweet and I love reading her blog like many others! (Click on 'reflections' to be taken to her blog and if you are very patient and if you read the comments and her older posts, you just might discover her name! It's really not a secret, but you have to look hard, to find it. Seek and ye shall find! :P ) :)

1. Would you rather have the power to be invisible or the power to read minds?
Both the powers in the long run, I feel will destroy one’s peace of mind but if I’m forced to choose I’ll choose the former simply because I’m the kind who hates to draw attention to myself. I know it’s hard to believe but I have trouble walking into my own living-room if it is filled with more than 3-4 visitors….So you can imagine how I feel reaching late for a conference or a party, finding a 100 pair of eyes [feels like that] staring at the late arrival. Now that I’m exploring the option it is looking more and more attractive by the minute;-D
2. Would you rather spend the rest of your life without a significant other, or would you rather have a partner who is extremely difficult?
It was very tempting to choose the former but loneliness can be over-whelming.
Life with the latter is not going to be easy but if this extremely difficult partner loves me & is committed to the relationship I won’t hesitate.
3. Would you like to know the day you’re going to die ahead of time? Why or why not?
Yes I’d like to know. I need the time to pray.
4. What does love mean to you?
For me love is about commitment, friendship, about listening, laughter, tenderness, passion, holding hands, instinctively finding each other in a crowded room, trust, making dinner together, a surprise gift, hugging, spending a day with my mother, forgiveness, cuddling with the kids, balance, …….u get my drift.
5. Do you think it is okay to lie? When would it be alright?
A lie is a lie is a lie……whatever the circumstances. But it’s perfectly ok to when you are planning a surprise party or have a gun pointed to your head.
Personally I never lie…..I just stall, stammer, change the topic, pretend to trip and fall over, snap back, admire the coat the other person is wearing, gesture wildly with the spatula[which is dripping sauce all over], feign amnesia or tell the truth.
Ajay
He is one of my closest friends. In the acknowledgements section of my first book, I have expressed heartfelt thanks to him  "for being a rock, morale boosting, giving additional inputs and hand-holding---all this between his very busy life."  He continues to do so for the book I am currently writing too.Click on his name to be taken to his blog (which has just one post :) ) But if you're really curious about him and want to know more, I suggest you go here. 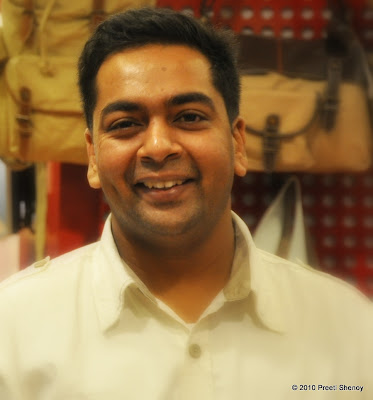 1. Would you rather have the power to be invisible or the power to read minds?
I would enjoy having the power to read minds more than the power of being invisible. As with being invisible one can only come to know what one is doing or saying whereas if one is capable of reading minds one can know the unsaid too. The “flipside” might be what happens to Mel Gibson in What Women Want. But reading minds is my thing :)
2. Would you rather spend the rest of your life without a significant other, or would you rather have a partner who is extremely difficult?
I would rather be alone than having a difficult partner, without a doubt. As it is, one has enough problems to worry about without adding that to your list. This is not to say that I expect everything to be rosy and fairy-tale-like. There have to be lows to be able to enjoy and appreciate the high points.
3. Would you like to know the day you’re going to die ahead of time? Why or why not?
This is a tough one. While knowing in advance appeals to my meticulous nature and my habit of trying to plan things, not knowing appeals to me as “ignorance is indeed bliss”. The fact that death is inevitable is undeniable. I guess, not knowing when it’s going to come lets you live a fuller life.
4. What does love mean to you?
Love means sharing - the joy and sorrow, the festivities and the quiet moments, the celebrations and the mourning. Being connected as one and feeling for each other. Understanding the other’s emotions and having empathy. Love means providing support and encouragement when needed. And also, acting naughty too at times :)
5. Do you think it is okay to lie? When would it be alright?
I think it’s ok to lie when the cause is for a greater good or for helping somebody who’s in real need of help. “Greater good” and “real need of help” are again highly subjective things. And that is a discussion that can extend forever. Some might argue that employing violence to attain peace is futile and hence, the means are just as important as the ends. But to me it’s not so. I am not advocating employing unethical means for selfish ends too. To illustrate, it can be ok to lie to avoid breaking someone’s heart.
My  much awaited responses :)
1.Would you rather have the power to be invisible or the power to read minds?
Surely I don't want to read minds.(what a curse!)  I'd much rather not know and think what I like to think they may think :) But aah--to be invisible! I'd travel to India undetected in First Class on Kingfisher or Jet or British Airways as many times as I liked! Bliss :-)

2.Would you rather spend the rest of your life without a significant other, or would you rather have a partner who is extremely difficult?
Even with a guy as sweet and charming as Satish, I sometimes feel like running away to the Himalayas (yeah, my family has heard it many times :)). No way would I tolerate a difficult partner for even 24 hours--I'd run away for sure! :P  (and I have been married for almost 15 years which says a lot :)) Life is too precious to waste even a second!

3.Would you like to know the day you’re going to die ahead of time? Why or why not?
I would surely like to know. Then it would concretely  and solidly reinforce the fact that time is indeed too limited. I could then read as many books as I liked guilt free and also watch as many movies as I liked without giving a damn to my ' worldly duties'  :)
4.What does love mean to you?

Love  is unconditional acceptance of another person and the pure warmth, joy and that ecstatic feeling you experience  when you think of them. You smile inadvertently :) You forgive anything they do. You want it to last for eternity.  That feeling is love. :) It can be love for a mate, a friend, a child, an animal or even a passion for creating things--anything that gives you that feeling is love.

5.Do you think it is okay to lie? When would it be alright?

Yes--it is definitely okay.(as long as one is not  a compulsive liar like Jim Carrey in the movie) It is  really cruel to be one hundred percent honest all the time.

"Most truths are so naked that people feel sorry for them and cover them up at least a little bit."
---Edward. R.Murrow