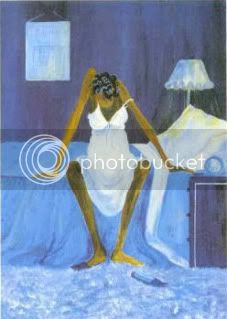 This morning I read in the newspaper that the third and fourth weeks of January, sees the highest number of  suicides and depression cases. Some Psychologists have even declared the 3rd Monday of January, the most depressing day of the year. Living here in the UK, it is easy to see why.

Christmas and New year festivities have died down. The new year resolutions have been broken by now and getting back to work after all the 'happy times' is not exactly joyous for most people. To top it ,most people have put on weight as well. The weather in UK and in many parts of North India too has been grey. It has been at least 5 days since I have seen the sun. The snow has long melted and it is dreary, dull, wet, cold and grey outside.

Want to beat the blues and don't know how? Gillian has written this amazing post which I instantly loved.(Even though she wrote in December, I discovered it only now and it immediately appealed to me) Gillian lives in Canada, runs her own beauty spa and is also an amazing Artist, a marvellous photographer, an avid traveller and a great mom. She is also one of the most positive and inspiring individuals I know. 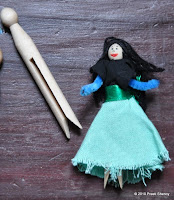 Like Gillian, I too have my own ways to beat the blues. My favourite way is to do something creative. Recently I discovered an old art--making wooden peg dolls! A bit of googling told me that Wooden stump dolls date back to the 16th and 17th century. Grodnertal area in Germany produced many wooden peg dolls --a type of doll that has simple peg joints and resembles a clothes pin. I started with a simple peg as is shown in the photo. I glued on her hair with scraps of black wool. I made a skirt for her with a bit of cloth that was left over from my children's school project, last year. I drew her eyes and smile with permanent markers. A discarded pipe cleaner became her hands. (I just twirled it around) and a bit of satin ribbon gave her a gorgeous waistline. Now I plan to make a family for her. I will be making a a partner for her and some friends and maybe I will make some children too. :-) 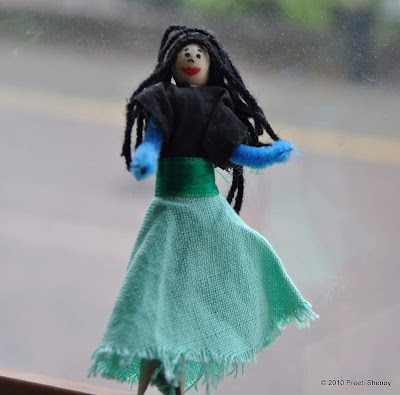 Right now she stands on my window sill as I type this.Isn't she lovely?!

If you want to know more about wooden peg dolls and want to know how to make them, these links  will help you.

What do you do to beat the blues? Especially the nasty, horrible oh-god-it's-Monday-so-soon kind of blues? What inspires you and keeps you going?If you're sharing, I am listening.