A postcard from UK 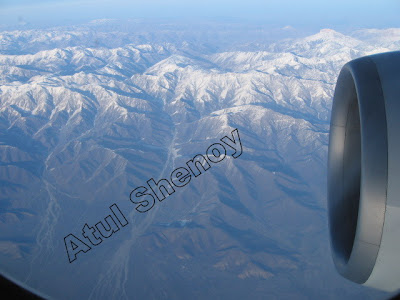 Moving places is always bitter sweet. All my life I have moved. On an average every three years would mean a new place. My dad had a transferable job and we moved a lot. After I got married, my husband had a transferable job too. What’s more he had a childhood similar to mine as his dad was in the Air-Force and so he kept moving too.

Many people cannot imagine moving like that and many people I know have lived in a single place their lives. I think I’d die of boredom if I had to do that. Some people tell me “Oh—you must be used to it.” I think that’s very unfair—how would they know? They have never moved even houses. It’s a bit like telling a soldier “Oh, you must be used to the war and it must not be a big deal for you.”

It’s really not easy to move places, to say the least. But what makes a world of a difference is the attitude. I have so many friends in so many different places now. Friends whom I can just call and say that I am arriving and they would welcome me with open arms. I have seen so many cultures. I have weathered so many extremes in temperature ranging from a blistering 45 degrees centigrade to a icy cold minus four. I have had the opportunity to know taste different cuisines and learn to cook it too. But most importantly I know that no matter where you go, human emotions are the same and all it takes is a big genuine smile and laughter to connect to people.

Right now, I am in London typing this from a lovely hotel suite. We arrived in UK last week, to finalise a school for my children and a new home for ourselves. It's all done now a big thanks to the relocation team from my husband's company who were simply marvellous. Yes—we’re relocating to UK –and no we’re not in London or its suburbs (Thankfully!) but will be moving to this lovely city called Norwich. We’re back in India tomorrow and then by the middle of February we will move.

Am I excited? Yes! Am I looking forward to it? Yes! But it’s a mixed feeling as I’ll be leaving my country for at least two years. We will be selling all the furniture and a lot of stuff. If any of you are interested in some really nice furniture (which is mostly less than two years old, as we bought new stuff when we moved to Pune) which was chosen with a lot of forethought and care, do mail me on ps@preetisatish.com Please mail only if you’re around Pune or if you’re willing to take it away yourselves.

I’m posting a picture which my son clicked from our flight into London. The mountains looked so breathtakingly amazing—we just could not stop staring. I remember thinking that if there is a paradise on earth, this is probably it! Don’t know which mountain they are—perhaps the Alps?

That’s all for now. I am happy for the Internet as I can stay connected to you all, no matter where I am! It may be a while before I write a new post as I have to get my life in order—but as the famous line goes—I shall be back! :- )

Do wish me luck! This is a new chapter in my life and I do aspire for happily ever after!

With love, warmth and laughter