It's not about the bike! 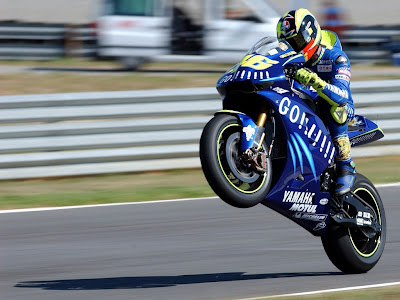 Finally, long at last, the self imposed exile is over, and I have emerged, determined now, to post at least twice a week.(Thrice is what I have in mind—but I am commitment-phobic –and as it is I am getting the jeebies committing to twice a week---so ‘twice a week’ shall stand!) Anything over and above is the cherry on the cake. 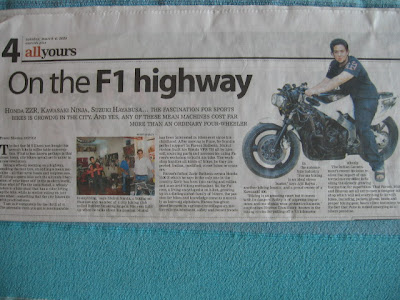 Last week was crazy. I am glad it is over. Nothing earth shattering—just the pressures of daily living, catching up. The good news is that I’m writing regularly for local newspapers and national magazines and it is very fulfilling to be read by many.(Though I suspect most might not even glance at something that does not interest them and the newspaper with my precious article ends up in the junk pile at the end of the day!) Still, it feels good to know that what I have to say is considered worthy of publication. (and also when someone calls up telling me they liked what I wrote) 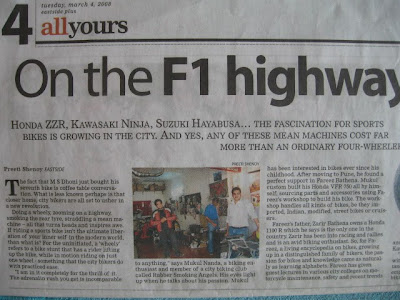 My last article published was on city-bikers. (I clicked the photos that are appearing in the article too —and am happy with the way they turned out. That is a picture of the published article. In case you want to read--I have put two separate close ups.You can click and enlarge.) On this particular assignment, I had taken my kids along because it was a chance for them to see these bikes closely and also meet the bikers. They behaved so well and I was proud of them. They also liked their mom’s work and said it was ‘cool’. (I reminded them that for one of my assignments I had trudged three hours into slums, narrow lanes and tiny alleys to do a piece on the children from the poorest section of the society—and so it is not always about glamour and it isn’t always ‘cool’ stuff) 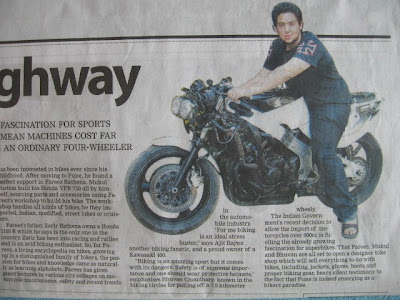 It was great to talk to and interact with the bikers. What really astounded me was their humility and simplicity. They are so down to earth, with feet firmly on the ground. They don’t boast or show off and when I asked them about the ‘coolness’ factor in wowing women with their super-bikes, they simply said “Women are so much smarter than to be impressed by just a guy on a bike who goes vroom vroom.” I couldn’t stop smiling.

Especially because in a few years, my son will be old enough to go vroom vroom. (And secretly I am hoping that he turns out to be as sensible as these guys I spoke to.)