A writer's observation at Nepali Temple in Varanasi. 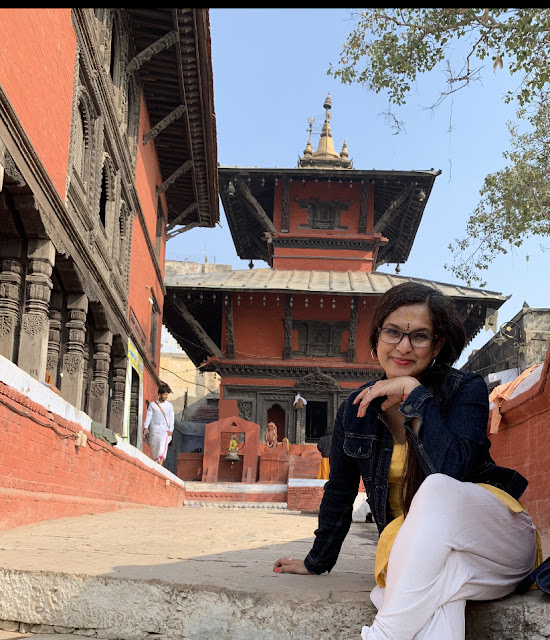 In the year 1800, in the month of May, Varanasi received an unusual visitor — a heartbroken man called Swami Nirgunanada who came with a large group of women and men. He was actually the the King of Nepal, Rana Bahadur Shah, who was fleeing Kathmandu where military forces had been dispatched to arrest him.
He stayed in Varanasi for four years and began the construction of a temple — a replica of the Pashupathi nath temple of Kathmandu.
During its construction Rana Bahadur Shah moved back to Nepal where he was stabbed to death in 1806 by his step brother.
The temple could be completed only 20 years later, when his son undertook the project.
The land belongs to Nepal Government now. 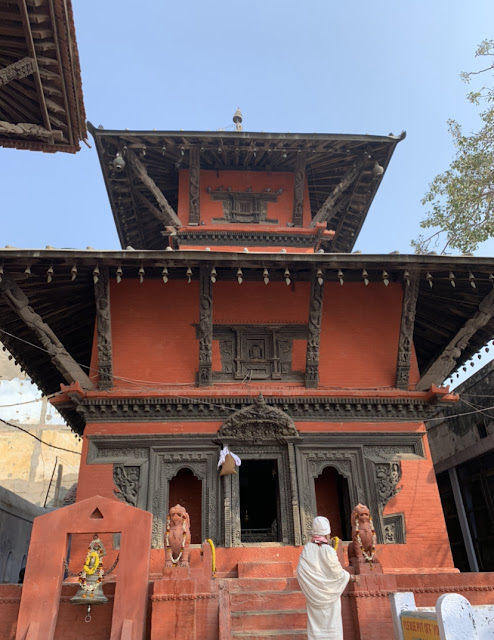 .
I fell in love with the temple built in pagoda style architecture, made of wood, terracotta and stone. See this  photo  below and you can imagine how much effort went into its construction and how skilled the artisans were. 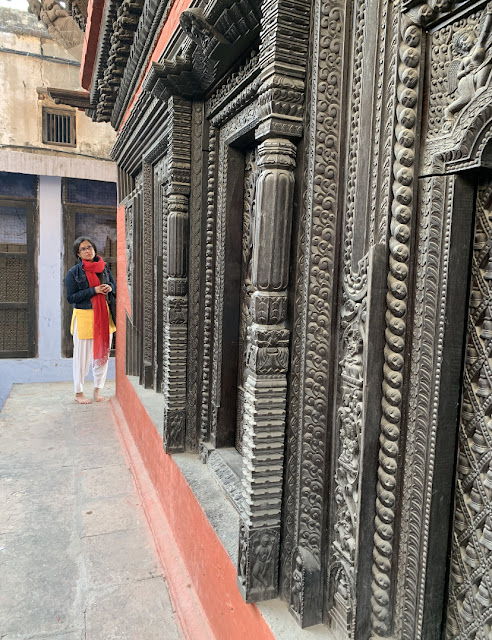 I observed old women, dressed in white , living inside the temple premises. They were at peace with themselves and the world. It made me think about an alternate world view — a quiet acceptance of life, minus the ego, minus the rat race we city-folks indulge in, minus the desires for the next big car, house or promotion. 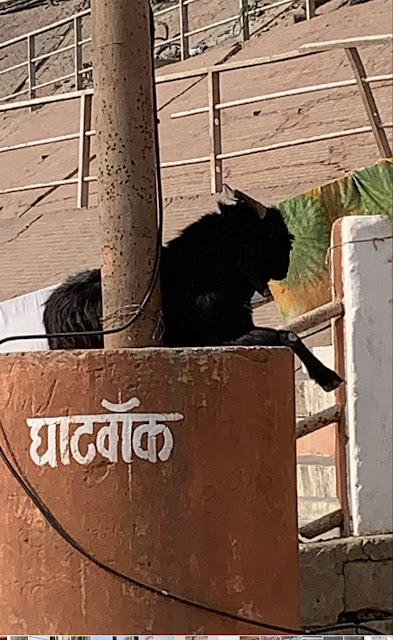 Later as I descended the steps of the temple , I saw a goat (or a ram) perched on a platform atop a sign board in hindi that said “ghat walk”. “Ghat walk or Goat walk?” , I asked my mother. She didn’t get it immediately but when she did, she said my observations were unusual.
“I guess that’s what makes me a writer,” I replied.

Perhaps this temple will find a mention in one of my future books. (If you have read my previous books, you'll know that when I am fascinated by a place, it always finds a way into my writing!)

Will try and blog again soon. Till then, take care.