An interview with Kiran Manral on her new book 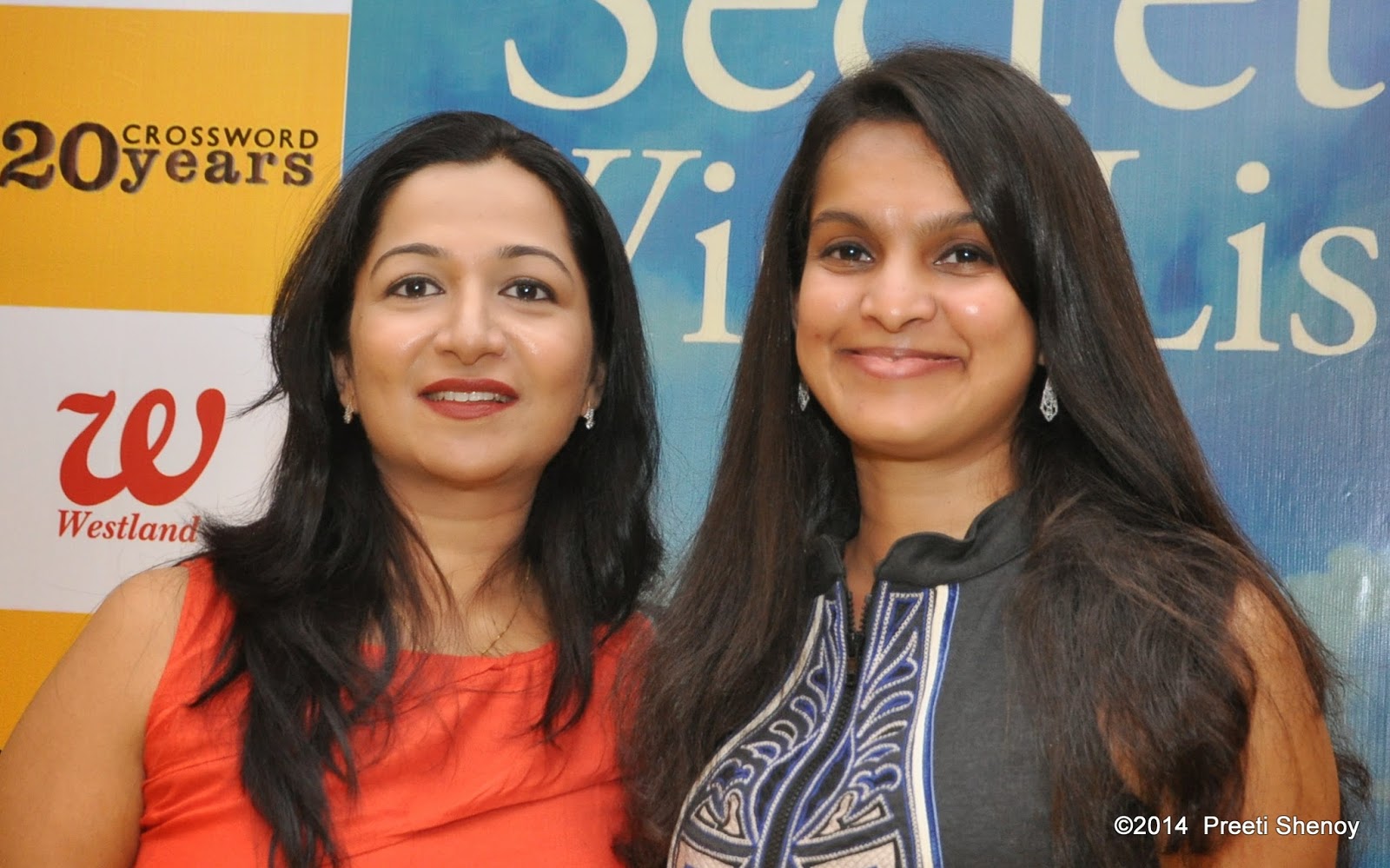 Though I have known Kiran Manral for many years now, from my early  blogging days, it was only in January 2013 that I met her, during the launch of my book 'The Secret Wishlist'. When we got talking, it felt as though I have known her all my life.

Kiran is  wonderful, sensitive and warm and she did an amazing job of my book launch. 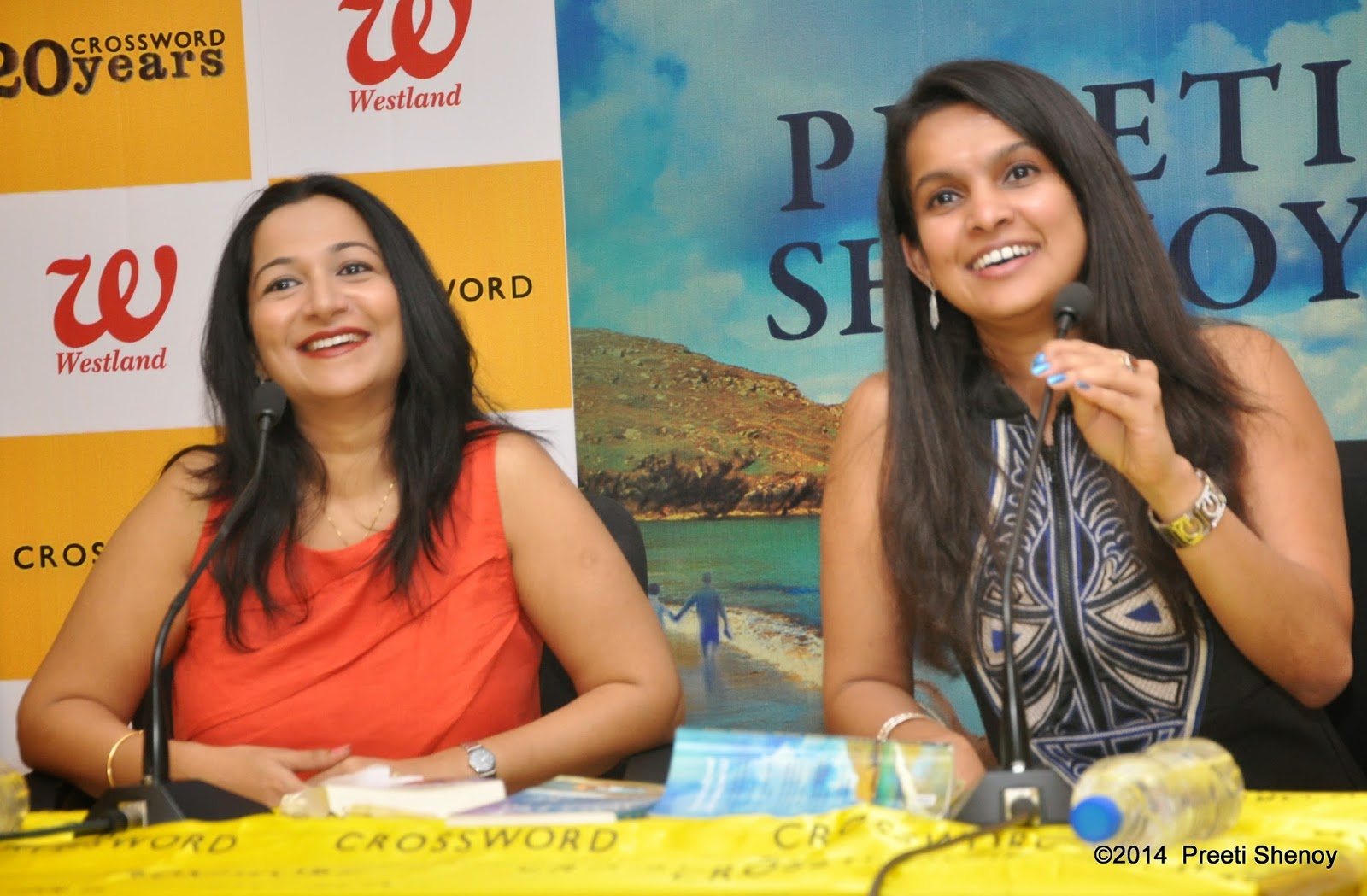 She is a superb orator too, and spoke extremely well. You can watch the entire video of the launch here.

I  love her witty writing (from her blog and numerous other places that she writes)  and picked up her first book The Reluctant Detective , which I thoroughly enjoyed reading.

Kiran has also starred in the Dove ad, as well as in tangerine colours of life. Here is Kiran Manral's short bio:

Kiran Manral has worked as a journalist before she quit to be full time mommy. Her blogs, www.thirtysixandcounting.wordpress.com and www.karmickids.blogspot.com, are both in Labnol's list of India's top blogs. She blogged at Tehelka Blogs on gender issues. She is also considered a 'social media star' on twitter by the TOI and IBN Live named her as among the 30 interesting Indian women to follow on twitter and among the top 10 Indian moms to follow on twitter for 2013.
Post 26/11, she founded India Helps, a volunteer network to help disaster victims post 26/11 and has worked on long term rehabilitation of 26/11 Mumbai terror attack victims and 13/7 Mumbai bomb blast victims, amongst others.
She is part of the core founding team behind CSAAM (www.csaawarenessmonth.com) and Violence Against Women Awareness Month (www.vawawareness.wordpress.com), two very well received social media awareness initiatives across twitter and the blogosphere.

Kiran is now out with her second book 'Once Upon a Crush' which is to hit the stands soon.

So I spoke to her, and asked her some fun interesting questions. Here is what she had to say:

I think I always was a writer. Ever since I can remember, I was busy writing out elaborate stories, with magic driven plots and interesting characters and since back then, I loved sketching, I would even sketch out episodes from those stories. I think my mother even has some of those stories still with her and showed them recently to my son. I think more than a writer, I was always a story teller, and nothing pleased me more than to lose myself in either reading a story or writing one out.

3.       Your book involves office romance. And in present day scenario, it is very common to develop crushes on someone which may develop into a full-fledged relationship. What is your advice to both parties, in case they are committed or married?
I’ve heard of this strangest new phrase “work spouse” wherein folks who are married or committed, have folks in the office they are so close to that they almost consider them spouses. I haven’t been working full time for over ten years now, but I would like to state that it is very easy to develop an emotional or romantic attachment with someone in the workplace, given one is spending long hours together with them, and is probably getting from them the attention one perceives one isn’t getting from a spouse. In such a situation, it might be good to step back a bit, examine why there is a gap in your committed relationship to allow a third person to enter between the two of you. And an office relationship can get very messy, it is best to stay away. Or keep your relationship and PDA outside the office.

4.       How important is in love in real life?
I think love is very, very important. We all need validation as persons, and the only thing that does this is the love of another. What is life after all, but moving from one love to another, the love of a parent, to the love of a spouse or a partner, to the love of a child.
As a writer, I think all of what we write is driven primarily from love or the need of it or lack of it in our lives.
If it is good and fulfilling, it fills you up with joy and makes you creative. If it is despairing and dark and torturous, you will still write to deal with the angst.

5.       Favourite movie/movies?
I am a horror movie buff and catch watch The Ringu movies umpteen times, Exorcist, The Amityville Horror, and so many more. But not slasher movies, movies which involve the paranormal fascinate me. I am also fond of sci-fi and fantasy films.  I am also a sentimental fool who sobs when I watch tear jerkers so I tend to avoid those.
6.       Music that you like?
I run the gamut from Naina Devi’s thumris to Lady Ga Ga to 80s and 90s Pop and Rock to Gregorian chants to modern Bollywood music. I think I am an equal opportunity music lover, but I really don’t get rap.

7.       If you weren’t a mother, writer, blogger, CSA activist, what would you be?
A television anchor. I’ve always wanted to be on television. Somehow I never got down to fulfilling that dream and have always regretted it.  Interesting because I am basically a very introverted person, so this is something completely contrary to my nature.

8.       What authors do you read? What kind of writing do you enjoy?
I read anything I can lay my hands on. I bore quickly of reading that is very high brow and demands I dip into a dictionary constantly to figure out what the author is trying to say. I like the writing of P G Wodehouse, Dave Barry, Terry Pratchett, Jane Austen, Charlotte Bronte, Mark Twain, Haruki Murakami, Jodi Picoult and Stephen King amongst others. I must say I am a sucker for an interesting turn of phrase, or a thought presented powerfully in the most innocuous looking sentences. I like writers who can deal with most mundane topics with a sense of wry humour. Like Erma Bombeck for instance.

9.       If you had to do one thing in the next 3 hours that would make you very happy what will you do?
I would do a long leisurely lunch with my friends. It has been so long that I’ve done a long girly lunch that I miss it so.

10.   Could you give us your favourite part of the book?
My favourite part from the book is the part where my protagonist, Rayna De goes to get a haircut. She has long hair she’s rather proud of, but the hair cut is kind of symbolic of her wanting to shake things up in her life, and it is more than just a hair cut for her in that sense. It a casting off of what she perceives as her ‘image’ and an embracing of a new her.

You can check out (and pre-order!) the book using the links below:


The book can be pre ordered here:
Flipkart
Crossword
Infibeam
Amazon
The twitter hashtag is #OnceUponACrush

ps: My latest book has been getting  some fabulous reviews. Buy it from Amazon just Rs.99/- for a limited period!