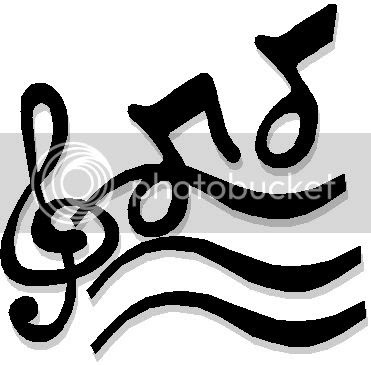 “What kind of music do you like?” is a question asked often, very innocuously when you meet someone and are trying to make small talk, trying to discover common ground. And if the answers given by both parties match, there is an instant camaraderie struck up-- as instant as g-mail messaging --and foundations of a lifelong bond (Ok—at least a short term bond which could be a potential life time bond) are laid, over exchanging notes in eager tones, punctuated with “Oh have you heard this number?” and “Oh yes—I absolutely love it.” But if the answers given don’t match, a thin layer of frostiness develops and before you realise you are ensconced in a dungeon or a pedestal (depending on whether you have high self esteem or your self-image alternates with feelings of total worthlessness and despondency) where you can’t be reached, rescued, seen or even heard and the potential friend has turned into an object of disdain, not worth bothering over, banished mentally into the ‘land of awful music lovers.’

A friend of mine who considered (or should that be ‘considers’?) himself a connoisseur of music and had no doubts about his supreme good taste used to classify people based on what kind of music they like. “Tell me what songs they like and I shall tell you what kind of people they are, right from their taste in movies, to books to toothpaste they use, to underwear,” he would bluster and more often than not he was absolutely right!

Whenever someone asks me the kind of music I like, I am at a total loss as to what to say. My answers vary with bi-polar extremes and are directly proportional to the snob quotient of the person in question, which if it happens to be high, I kind of say nonchalantly that the way Giocomo Puccini’s opera Turandot was adapted into the 1990 Soccer World Cup theme interested me (well—I just said it was interesting, never said I liked it—heh heh—but usually they don’t notice that) or that I find Vivaldi’s four seasons utterly uplifting. (which I do) Or perhaps that I like Nicolaus Esterhazy Sinfonia playing Beethoven’s symphony number 3. If the person is about 16 to 20 years old, I’ll usually say that I like Rihanna or Avrill Lavigne ( It's strictly not a lie—I do like some numbers) or Akon’s ‘smack that’ (My eleven year old loves it and if you listen to it five times in a row it kind of grows on you). If the person is in their fifties or sixties I’d usually say “I like the Old English slow songs” or the Beatles (I do like some of their numbers too). If the person is my daughter’s Bhartanatyam dance teacher (who incidentally is a Sangeet Natak academy award winner) I’d usually say “I love M.S. Subhalakshmi” (I do really like and admire deeply her recitation of the suprabhatham or her vathapi ganapathim) or S.P.Balasubramaniam’s Asthalingam. If I am talking to one of my mother’s friends from Kerala, I’d usually say that I like Chottanikara Bhagavathi’s devotional song. (Which again I find deep and moving, maybe because it brings back fond memories).

I also absolutely LOVE the jhatka-matka bollywood numbers. I love Just chill chill’ (I like anything with Salman khan in it ,Period!) as much as I like ‘Behka’. Most people cannot relate to such varied and extreme tastes. Most people are certain what they like. They know where they stand and where their loyalties are deeply embedded ,somewhere in the pecking order of music classification. They know their pedigree and are happy to belong to some order, blending effortlessly, mingling with their like minded brethren.

Me?--I am a mongrel—a very ordinary one at that, with simple basic taste in music. If it makes me want to dance, I love it. I don’t care if the lyrics are bawdy or the dancing is full of pelvic thrusts and er....amply proportioned South Indian Heroines. If by some chance my ‘respectable musically inclined friends’ saw me dancing to such numbers ---which I do when I am in the mood, but given how I look I am sure I won’t qualify anywhere near the main heroine, but my enthusiasm would certainly earn myself a place among the junior artistes dancing in the background, not in the front row, I am not that good, but somewhere in the back row for sure—I am sure they will faint out of shock. Years ago, when I used to live in Pondicherry, there was this video which was a raving hit. It was played full blast at parties, gatherings, social functions—everywhere you turned you could hear this. I still love it after all these years. I draw the curtains in my living room, turn it on and dance, copying the steps with a fair degree of accuracy. When my musically inclined, slightly snobbish friend (Yeah the same one who classifies people on the basis of their taste in music) asked me what kind of music I really like, (I didn’t want to discuss Atif Aslam’s Rabba Sacheya with him which I knew was his favourite) without any hesitation or doubt and with a slight degree of sadistic pleasure I sent him a link to the above discussed video that I embed here:

When he saw it, he said “ CHEEEEE, YUCK--Oh horror of horrors. I thought your tastes would be more refined!Come on—I look better than the hero! How can you like it? Gosh, don’t you have any better taste?”

“Of course I do,” I replied smoothly.”See—there’s something I absolutely adore and it sets my foot tapping, heart racing and I am singing along even before I realise it.” (It was 100% true)

Ps: All the words in colour are links