Sugar cane juice and other things 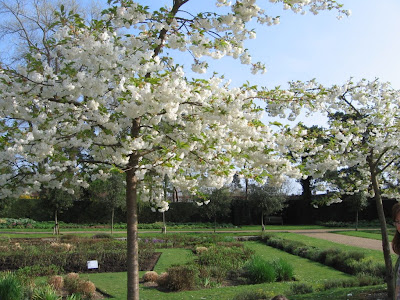 All pics clicked by me recently around where I live

Many of you have written asking me to post about life here. Well—here is an honest take.

It is nearly two months since we arrived here and I feel like the children in Narnia who discover a new world when they step inside a wardrobe and the back of the wardrobe opens out to a completely different land—the wardrobe in my case being a Jet airways flight that transported me from Mumbai to London.

Everything is so sanitised, pristine and orderly here. The people are so nice and polite and oh so quiet. Most of all, it is the silence that strikes you initially. Everything is so q 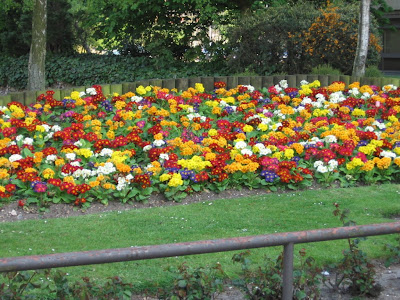 uiet. I feel like I am perpetually in a movie hall—except that I have stepped into the screen and somehow become a part of the grand saga unfolding before me. It feels so weird, to be actually living here as I have seen these scenes countless times in movies. It feels magical to look outside my window and see lovely English trees just beginning to bloom. And the flowers—oh my God—they take my breath away. Every corner you turn is a burst of colour—all kind of flowers, greenery, grass—all well cared for, all picture perfect.

The people here seem like characters out of an Agatha Christie or a Sherlock Holmes. Any moment now, Mr. Goon from five find outers will walk up and ask us to “Clear Orf” or maybe even Hugh Grant may pass by. The children? Blonde haired, blue eyed, it feels as if the dolls in the toy shops back in India, have come alive and are walking about! It doubtlessly feels like I have stepped into a book or a movie.

But, this morning sitting four thousand miles away from home (to me India is always home), the weather being a marvellous eight degrees and a bright sunny morning ( by English standards of course—eight degrees is marvellous weather I am told) sparkling in the back ground (or at least trying to sparkle—even the sun has no warmth here) I am filled with an intense longing for all things Indian.

The air here is so unpolluted that when I first arrived here I had difficulty to breathe such pure air, my lungs being conditioned by decades of living in various Indian cities like Mumbai , Bangalore and Chennai. We haven’t yet subscribed to cable (our television itself having arrived from India only two days back) and all I hear is English and English and more English. In India, no matter which region in the country you are, you hear at least three languages. I am dying to hear Hindi, Tamil and Indian accents.

In fact my pining is so bad that I have even put Himesh Reshmaiya into my i-pod (don’t be horrified—try living here!) something that I never did when in India, and also Chamkila. I don’t mind listening to anything as long as it is Indian !(yeah I am so desperate that I will even listen to Rabindra Sangeeth or Udiya or Bhojpuri or Mallu songs)

And a little while ago I was filled with an intense desire to drink sugar cane juice. When in India, the children and I used to go and have it from the vendors on the roadside who were in every nook and corner. I very badly want it now. It’s the little things like this that I mostly miss. When I mention this to one of my closest friends who is based at Gurgaon, he says that it would probably be available in a tin here. But is not the same I tell him. I want the noise in the streets. I want the flies hovering around the machine. I want the loud voices. I want those glasses that they pretend to give a quick wash in suspicious looking water stored in a bucket. I want the sugar cane juice with pieces of ice broken from a huge slab covered with a wet sack. I want to hear the jingle jingle of the machine as it turns round and round.

“Aah” he says. “Sugar cane juice is my favourite too. And now that you mention it, I too feel a craving for it.”

So I say “You can at least get it—you are in India. But I can’t even get it here.”

He smiles and pauses. I wait for him to empathise with me and fully understand my craving and helplessness.

Then he says “ I am gonna run off in the middle of office to somewhere close by and then have it and let you know how good it tasted and felt.”

The devil! (Does anybody know where I can hire a gunda type aadmi to beat up the guy? Preferably someone who can be hired online. Anonymously ,of course—'Gundas anonymous 'or something like that—quick, fast, reliable service. To make the matter easier I have even linked his Orkut profile for ready reference.) For a moment visions of him being tied up by four strong hulks and beaten up placate me –but only for a moment, as the vision is very quickly replaced by a Giant glass of sugar cane juice mocking me tantalisingly. Then I think of something more practical—the French fair that I had attended a few days back.

I send him this picture which I clicked with the caption “They were delicious. Had bought them at a French fair here where they were selling the most divine, mouth watering and scrumptious things” and as a footnote add “ And oh—the French people who sold them were very very sexy too. 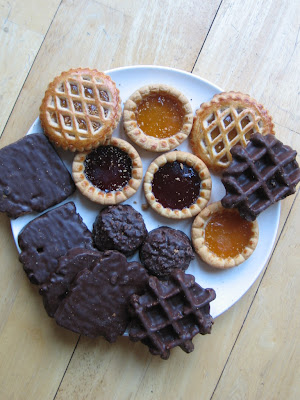 But still it is not the same as having sugar cane juice in India. Damn!!

Addendum: This friend of mine is looking for a Flatmate. If interested (or you know anyone who is) please contact him thru his orkut profile.