What NOT to do to your tenants: A guide for home owners.

March 01, 2019
Some time back, on my  instagram I had posted a picture with the following caption :

This year has started on a tumultuous note for me. There have been such unexpected changes in my life and I am reeling under its impact. We don’t have any control over what happens to us. However we do have control over what we *choose* to focus on. I am choosing to focus on all the things going right in my life. I have lost weight (yay!), I am healthy and I have the best readers in the world! ❤️ What are YOU choosing to focus on in your lives ? Tell me in comments. . . . #lifewithpreeti #lifeiswhatyoumakeit #preetishenoy
A post shared by Preeti Shenoy (@preeti.shenoy) on Feb 21, 2019 at 12:01am PST

I had  attended the Kerala Lit fest at Calicut , had a magnificent event and and  had just got back.  That evening  the  house owner  dropped a sudden bombshell on us, telling us we had to vacate the place in two months.They said they had decided to sell it. Just like that. There was absolutely no mention of this plan at the time of renewing the rental agreement. There had been a hike in the rent of more than 10 percent each year, at the time of renewal. As soon as we paid the rent for the month of January, we were told to vacate.

We had been on the verge of closing the deal for buying our own place. But it would take about 5-6 months for the registration to be done, for the interiors to be completed, and all the other formalities that buying a house involves. We had  planned to live  in the  current rented house till the end of the lease which was up to July. By then we would have our own place, and we could move. We had planned it as per the lease agreement. So, we requested for a few more months; After all we were paying the rent plus the maintenance charges which together was a small fortune, as we were renting a pent house in one of Bangalore's most premium and posh apartments.

Then came another shocker of a request.  She  wanted me to show the house to the prospective buyers while I was living there. For a person like me it sounded like a death knell. I am an extremely private when it comes to my home. Since I am a public figure, my home is my sanctuary, my sacred space. While I don't mind  sharing photos of a few of my  spaces, I invite very few people home.

But that Sunday, the house owner sat with me in the living room, while my poor husband marched up and down the stairs, showing many prospective buyers our home. They came in all shapes and sizes. Some were downright rude. They walked into each room, looking at everything I own, and when they realised who I was, they stared. Some made small talk, some looked at me very curiously. And the worst part--- they  went through my precious books , opened them, looked through them. They touched the curios and trampled all over my terrace garden too.  I felt very violated and traumatised by the whole thing. I abhorred every minute of it. The owner did comment saying 'Poor Satish. Can I show the apartment?' She did not budge from the living room sofa though. Her showing the space without either me or Satish would be even worse.

Satish and I too own a house, which we have rented out. We're home owners too. Never once have I done this to my tenants. Once we give it on rent, we never step in, till the tenants vacate. Once they pay us the rent, it is their home, and I can't even dream of violating their privacy.

Those of you who follow me on Instagram, might have seen short videos of my home and  of my garden. You must have also seen how particular I am about maintaining a lovely space. Every single person who has visited my home, has commented on how beautifully I have kept the house. I have always looked after any place I have lived in, with great love and care. It is something I am proud of. It is important for me to have a beautiful surrounding, as I work from home. My home is my everything!

Now this sudden request for vacating, threw every single plan of ours,  out of gear. We were forced to look for a new place. We couldn't rent  for a few months (till our own place got ready) for two reasons:
1. Moving homes twice (which would happen if we bought our own place)  is a massive hassle
2.Nobody will give you a house for less than 11 months.

I was in the midst of the edits of my book. To top it, I had made many commitments--all of which I had to keep up. On 16th of March, I would also be travelling to Mumbai to attend the women writers festival.

How would I possibly vacate the house by March 30th?

I decided I would request the owners one more time; I would explain the situation. I was sure they would give me some more time. So I asked them  again. They agreed we could stay on till April, but it came with a caveat. I had to show the house to prospective buyers twice a week--once on  a week day, and once on a weekend. How convenient this was for the owners! They thought I would agree to this preposterous suggestion; They would get the rent too and also would not have the hassle of showing the house to people. I would be doing all the hard work. It struck me as  extremely ungracious and petty.


Then I remembered my father's words. He was a man of action, and the one thing he taught me is that nothing is impossible. So we temporarily shelved the plans of buying our own place( I did feel sad as we were on the verge of buying it). I began looking for homes to rent  on war footing. I found  a beautiful, beautiful house, in another part of Bangalore, and I fell in love with it.This was very close to my husband's work place too. It would save him more than two hours of commute every day. Within two days, we finalised it. And guess what---we moved!
I had to miss the Times Literature Festival in Bangalore, because of this. I was  confirmed  as a speaker for more than two sessions.

The  previous home owner had given us a deadline of March 30th initially. But by Feb 26th itself we  moved. I think the home-owners never expected that. Not only would they be losing the rental income, they would now have to pay the hefty maintenance charges, PLUS they would have to come down each time someone wanted to see it, and then show the home themselves.

The story would  have ended here.  But it doesn't.

Today, we went to collect our deposit cheque back.This is the 15th time I am moving homes in 23 years of marriage. And never once has any home owner had any complaints about how we kept the home. Apart from normal wear and tear, we hand it back in a pristine condition. This time too we had done the same. Usually the whole process is over in less than ten minutes.

But this time, the home owner was reluctant to let go. She 'inspected' the house for over 45 minutes, checking every tile in the house. Can you believe it? She  wanted to find something to crib about. She said the wooden flooring in one of the bedrooms had water damage. The truth is it was  my room and I have never ever spilled water on the wooden floor! There is also not a single scratch on any of the wardrobes. I had sincerely  taken care of the house like my own.
Then she went to the marble staircase and said that there is discoluration in the marble. She whipped out her phone and clicked photos, tut-tutting and shaking her head. She was treating us like we were dishonest people and that we had destroyed the house.

By this time my blood was boiling at her attitude. When she wanted us to show the house to prospective buyers, she had been all sugar and honey. I had accommodated ALL her requests even when it was supremely inconvenient to me. Now that the time had come to return the house (earlier than she expected!), her whole demeanour had changed.

'Look, I haven't done anything to the marble. It must be the quality of the stone used,' I retorted.

She insisted that it was not that colour when she had given the house to us. How could it be the same?! I have lived in the house for three years, and it is a staircase ! When you return the house, any home owner gets it machine cleaned and it sparkles like new again. (We have done this multiple times whenever any tenant of ours has vacated our house). She made a face and said she is 'concerned about the damage to the marble'. (There was no damage at all).

At this point I exploded. I took a steel scrubber which was lying around and began scrubbing the steps.
'Look, I will polish the whole thing for you. That will take care of the so-called-discoluration,' I said as I scrubbed hard. Sure enough, the marble began looking 'whiter'.

What really upset me is how this person had changed. I had been very friendly towards her, and had  even met her for coffee, earlier as I was genuinely interested in the work she did. I never expected that she would turn out to be this petty and finicky, even though the house was clean and lovely.

If you are a home owner, please do not ever do this to your tenants. If the house is in a horrible condition, I can understand. But when it  has been looked after well, handed back to you in a clean and lovely condition,  please be gracious.


I have now decided to put it behind me and move on. My mother coincidentally sent me this today: 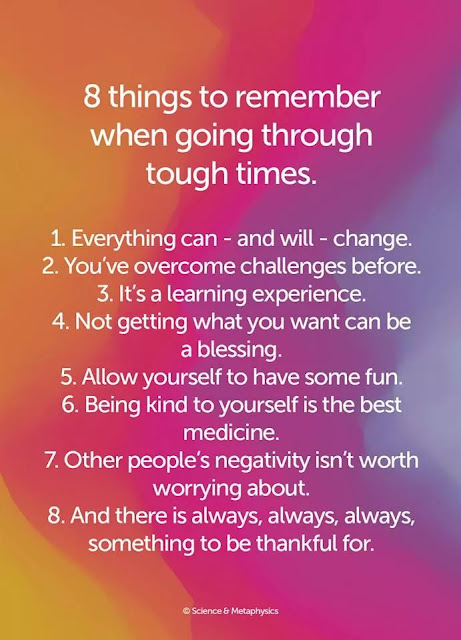 I felt that this spoke to me. Any kind of negativity should be immediately shut off. It isn't worth it.

This story has another plot twist The old place is now reeling under massive water shortage. They are getting water for less than 2 hours a day and that too in only one of the washrooms.

I choose to focus on my beautiful NEW home! I am totally  in love with it, and I am so thankful I moved.  Here are some pics: 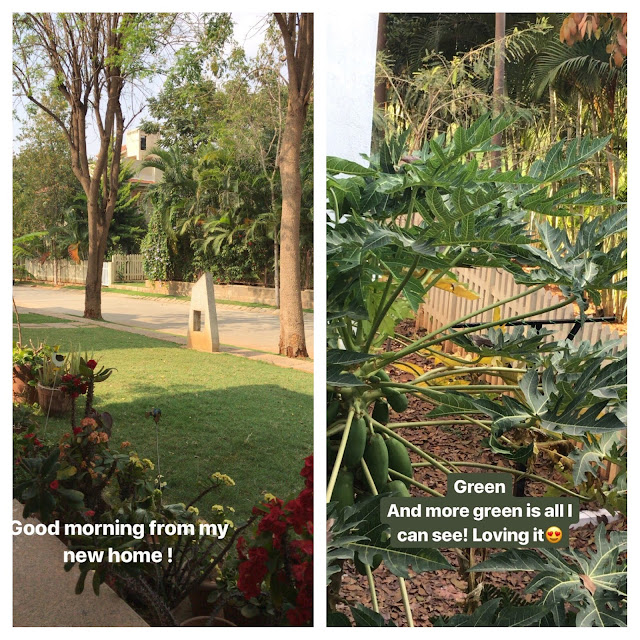 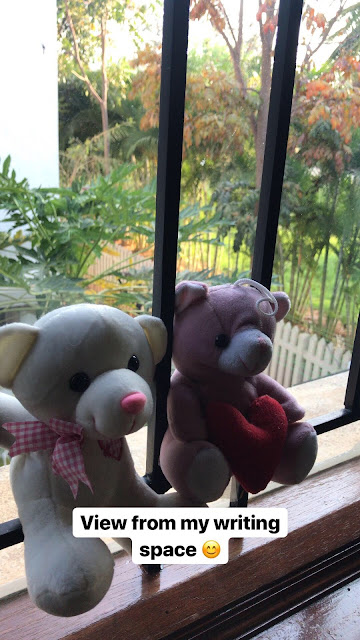 
And oh --the results of #LifeWithPreeti mentioned in my last post were declared too. Go see!