Five rules I broke which changed the way I think 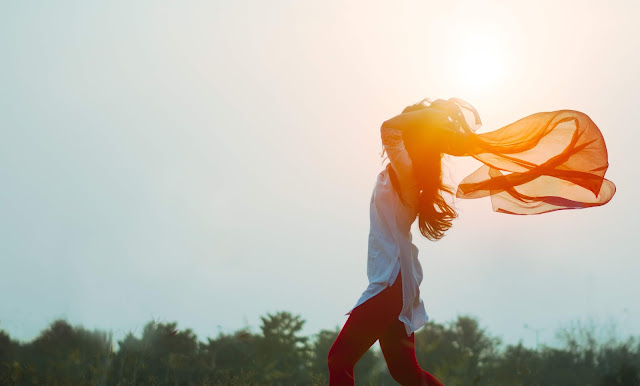 There are several rules that society imposes on Indian women (and men too.). Some of these rules are so  accepted, that nobody questions them. It is how we were raised. It is a part of our culture. It is just how we are.
I have always been a person who questions things. Even as a child, I was constantly questioning why things had to be the way they are. My mother, a strict disciplinarian would not encourage it, and there was no way out, other than just obeying whatever rules she laid down. In retrospect, it helped instill a sense of discipline in me.

In contrast, with my father, I could question everything. There was nothing which was taboo or forbidden. At the age of nine or perhaps ten,  encouraged by my father, I had read books like  'I'm OK, you're OK' by Thomas A Harris, and we would discuss things and analyse our conversation in terms discussed in the book. (transactional analysis)

My father did not believe in following anything blindly. He encouraged me to think deeply and reflect on everything. He always indulged me whenever I came up with hypothetical situations and scenarios. I loved the long discussions and conversations with him.

In my interviews, people always ask me, what is it that I do differently, which helps me succeed.  They make statements like  'You do so many things. You are so talented.'
I don't believe in that. I think it is just hard work! What I believe has been summed up beautifully by Conor Mc.Gregor

Looking back, there are several rules I broke, in my life and it helped me grow. It helped me succeed.
Here are the five rules that I broke:

1. Behave like a lady:  Women are always told to be demure, talk softly, not raise their voices, and to follow the rules. I went to a  women's college in Kerala. Back in the late eighties and early nineties , there was no woman in Kochi who was riding a two wheeler! Can you imagine such a time?  All the other 3000 (or maybe more) young women,  my fellow students,  would come to college by private buses, or would be dropped by male relatives or their parents. My father taught me to drive a car at 16. At 18, he bought me a moped, and I went for my driving test for two wheeler and a four wheeler. I rode proudly to college every day, on my two wheeler. I was interviewed by a Malayalam  TV channel for being a trend-setter! Can you imagine that? If I had 'behaved like a lady' (as was the norm in those days) , I would have never been independent.

2. Be concerned about what others might say:  The first book I wrote was creative non-fiction. They were all true incidents from my life. That genre I chose was almost non-existent, back then. People asked me if I am not concerned about what other would think. Here' the thing: People will always think something. Not everybody will approve of what you are doing. But as long as you are not hurting anyone with your actions, please do whatever you want to! Do what makes YOU happy. Don't worry about what other will think. It's not their life. It is yours.


3. If you fail, you will never live through it : I was rejected more than 40 times for my second book 'Life is what you make it.'. The book continues to top the nielsen charts even seven years after it's release.  Each time it was rejected, I felt my heart was being torn out. I never even thought that it would get published. I thought that I had failed. But I stuck with it. I lived through it. And now here I am, telling my tale.


4. Nobody will like you if you speak up: Myers Briggs Personality test will tell you a great deal about what kind of a personality you are. I had always felt a very strong need to speak up against injustice and unfairness of any kind. When I was younger, I would worry about whether that would make me unpopular. But as I grew older,  I simply learnt to be honest and yet tactful. I also understood myself a lot better when I discovered that I was an INFJ. All the descriptions fit me to a T! I urge you to do the test (linked in the start of this para) and perhaps you will learn new things about yourself too. It was a BIG eye-opener for me.


If you like this post, grab my new book The Rule Breakers to find out whether Veda carved her own path by following the rules or breaking them. Book releases on September 17, 2018. 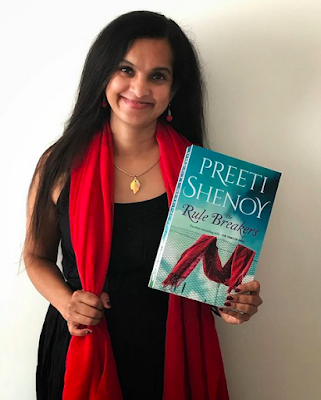 To get a flavour of the book, you  can also read  the first chapter here:
http://preeti.io/therulebreakers