Is sex outside marriage on your Secret Wishlist? :) 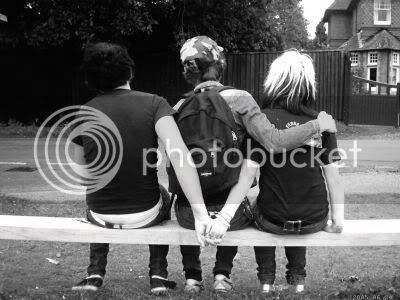 A review I read this morning about my book 'The Secret Wishlist' amused me. Because  while the reviewer loved my writing style---he said it was so gripping that he just couldn't stop reading it---he had a problem with the extra-marital affair. He said he had read the book at the same time as Deepika Padukone's video came out and he felt that the book glorified adultery. Many people,both men and women,who aren't able to put the book down are not able to accept the fact that a woman can find love outside her marriage. It is not entirely impossible you know!

I came across a brilliantly expressed piece written by a marriage counsellor who sees hundreds of couples in relationship crisis. The piece is titled 'Why women leave the men they love--What every man needs to know'.
I quote from the above piece:


As a marriage counsellor working with men and women in relationship crisis, I help clients navigate numerous marriage counselling issues. While many situations are complex, there’s one profoundly simple truth that men need to know. It’s this – Women leave men they love.
They feel terrible about it. It tears the heart out of them. But they do it. They rally their courage and their resources and they leave. Women leave men with whom they have children, homes and lives. Women leave for many reasons, but there’s one reason in particular that haunts me, one that I want men to understand....


To read the rest of the piece go here

Also he points out that the gender dynamics in the above piece is reversible. It can go both ways.

If you haven't read my book (The Secret Wishlist) and want to read it there might be spoilers ahead in what I am going to say. So do not read further if you hate spoilers.

What the counsellor talks about--- It is  exactly what my protagonist Diksha did too. She  is married at 19. Her husband isn't a bad guy--just a workaholic who finds it more interesting to play golf during weekends than spend time with her. She chooses to be a stay-at-home mother as she wants to be there for her son with whom she has a wonderful bond. Her husband says that he never stopped her from working. It is a choice that she made. He is an emotionally absent husband. And to top it there is marital rape as well. He has sex with her when he is turned on and even when she doesn't feel like it. She is financially dependent on him. She has no resources of her own.Also being married at 19, she lacks the courage to speak up and she has a child as well. So she stays in the marriage.
I find the scene where her husband  has sex with her, particularly heart wrenching. I cried for Diksha while writing that. The later scene in the book where she has sex with Ankit is so beautiful in contrast.
I am surprised that people do not see it that way. All they can see is 'sex outside marriage' and they sit in judgement about how it is morally wrong.

But I guess each one is entitled to their views. Maybe they would prefer being raped in a marriage than go outside a marriage. Maybe they think marriage is sacrosanct and everything that the husband does is okay and the wife has to dutifully comply. Maybe they feel that sex is a husband's right. (What about the wife's rights?)

I must also mention here that I got hundreds of mails from women all over India, who said that they felt I had crawled into their heads and written their stories--except that they did not have an Ankit in their life.
I can tell you one thing--it takes far more courage for an Indian woman to walk out of a bad marriage than it does for an Indian man. The odds are skewed heavily in the man's favour.

My friend Shinie Antony  who is  one of the best writers I know (and also one of the founder members of the Bangalore Lit fest)  had written a very relevant piece about Marital rape in Economic times. Click HERE to read her piece.

I have said it earlier (in my piece on Deepika's video) and I say it again: Ultimately a relationship is between two consenting adults. If you are in a committed relationship then both parties have choices to make. The choices they make might hurt the other person. Whether you decide to compromise and stay or whether you decide to walk out or whether you decide on other ways to navigate the twists and turns of the relationship is up to you and your partner.
Nobody else has a say in it---Not the Government, not your parents, not your children nor your best friend.
And rape is rape--whether it is outside a marriage or within it. I am sure Diksha would agree :)