A writer and the beanstalk. 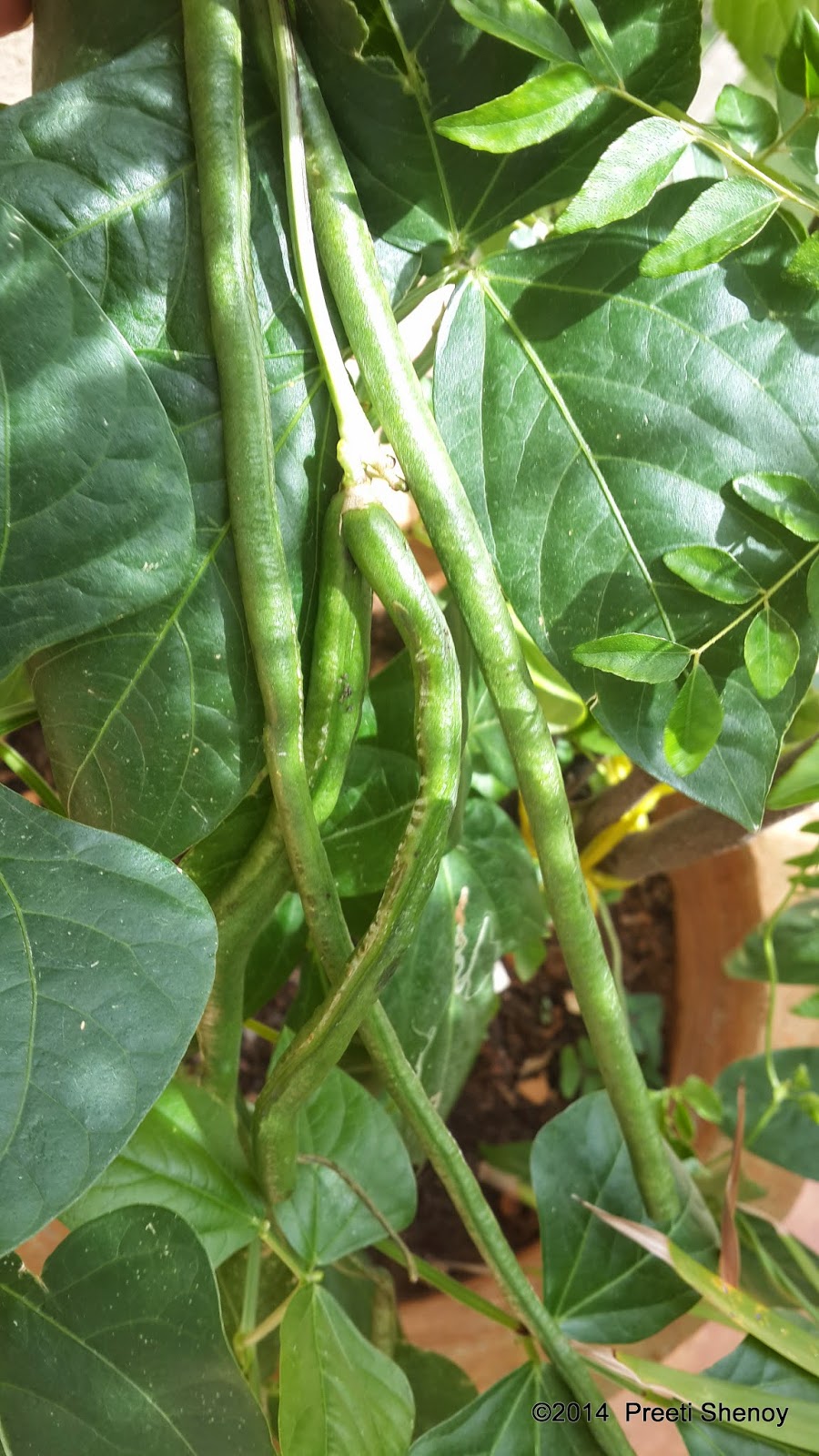 I had sown the seeds about 3 months back, without thinking much about it. In fact, I didn't even sow them in a separate pot, but just buried them in a pot which had a curry-leaf plant, and some I buried in other pots which had decorative palms. To my surprise they flourished. They are creepers and  so I began looking for sticks  to give them some kind of a support. Finally I  ended up using PVC pipes  which Satish bought from the local hardware store. I made a little bridge from the pot to the railing on the balcony so that the beans would climb it and reach the railings.

They were like disobedient children. They wanted the easy way out and each morning when I woke up they would have wound themselves around the curry leaf plant or the palm, refusing to use the sticks buried for them. I persisted. I am not a mom to two teenagers for nothing. :-) Each morning I would unwind the vines and make them go on the PVC pipes. Finally, they got the idea and then began spreading themselves out on the balcony railings.

I fed them some organic fertiliser and watered them regularly. Beans are particularily prone to black little insects that attack the plant and if you aren't careful, they eat it all up. Overnight your plants can be gone, and all you will be left with is a skeleton of half eaten leaves. I used an organic solution of  tiny bit of soap and neem oil to repel the insects.
Every single day, morning and evening I would check on the beans. One day they  blossomed and  there were many pretty pale purple flowers. They looked beautiful. 'Good,' I thought, 'even if I don't have beans, at least it looks pretty.'

But they surprised me when they actually began growing into beans. I was still skeptical. I was sure that it was a trick and the tiny beans that were sprouting would fall off, and then the plant would probably have the last laugh saying "Fooled you." So I waited and watched.

And today, I can finally tell you that I have actually grown beans. Hooray!

Guess what I have done now--yes, you guessed it---I have sown more beans now! In their individual proper containers.

So apart from working on my new novel, the beans are what kept me occupied today.

And hey---if you want me to keep writing, please leave me nice comments here, and please go and buy my books.

Else I might just decide to become a farmer. :)

The lure of the magic beans is hard to resist.