A chat between two women authors 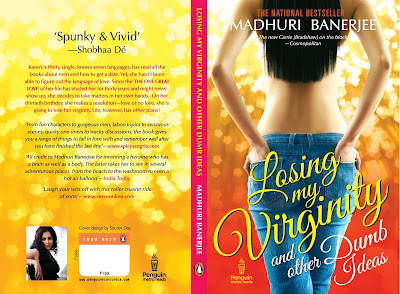 Sometime back I had read the book 'Losing my virginity and other dumb ideas by Madhuri Banerjee'. I totally admired the bold writing style and  the dogged determined way in which the protagonist  of the book pursues what she wants.  Since I do not watch Television at all, I did find a few scenes in the book which involves reality TV, fascinating. It was a nice peep into a world which I had never given much thought to. Also the sex scenes in the book were the stuff that every woman dreams of doing but very few do :)


Later, I became friends with   Madhuri who is also a a national award winning documentary film maker, apart from being a IBN Blogger, Asian age Columnist and a wonderfully warm person and needless to say, a  gorgeous looking woman! :) She also has her own production house and writes movie scripts too. We discovered that we indeed have many things in common like the love of Art and love of writing.

Today we had a very interesting conversation on our blackberry messengers. We talked about many  things and laughed.(some of it censored stuff  as kids below 18 read my blog :))  I really enjoyed talking to her about the  process of writing books. Since many readers write in and ask me about the same, we thought we would share our conversation on our blogs.
Okay-- a bit of it. :)

Here is a conversation between two authors,which gives a good insight into our respective minds and thinking process that goes into writing a book.

Both Madhuri's and my books have been among top-selling books of 2011. 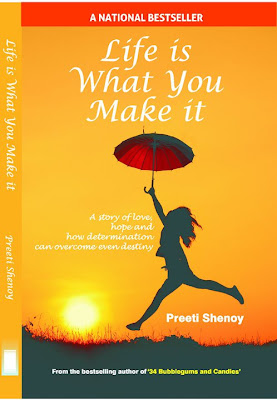 And the article which I speak about in the conversation above which madhuri wrote, (the one on extra marital affairs)--you can read it here.

We enjoyed  our conversation, so much that we plan to do more soon.

And if you enjoyed it as well, let me know and I shall share it with you! :)