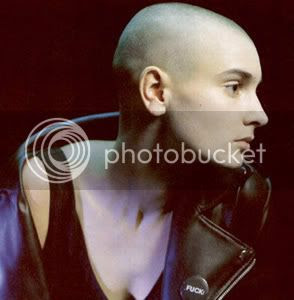 History has been witness to the changing hairstyles, through different ages. It is interesting that men did not always have short hair. I remember reading somewhere that around 1698, tax was imposed on long hair, by a ruler (I forget the name) and it led to short hairstyles for men.

Why does the way our hair feel or look, affect our attitude to ourselves and others attitude to us, so powerfully?

Hair has come to play such an important part of our anatomy, affecting our psyche.
How our hair is cut, colored or styled, telegraphs to the world our personality, attitude and style. Your hairstyle (or lack of it!) speaks volumes about you.

A friend of mine, who is also a mother of two began losing hair, about two years back. She was perfectly healthy, leading a busy life, running a home, managing her two children (and her husband!) and completely involved in an active life. Suddenly, she started losing a lot of hair—so much that the scalp began showing. A visit to the doctor told her that she had androgenic alopecia –a term which I had not even heard until then.

She felt terrible about it. And there was nothing she could do. She was told that her condition was reversible and she would probably get back her hair. She was also treated for hormone imbalance.

My friend felt so upset about it that she went along with her husband and bought a wig. The wig maker intially thought that the wig was for her husband as he was bald!

Why is it that hair loss bothers women so much more than it bothers men? (or so it seems)

Maybe it is because long hair in women, has always been associated with ‘beauty’. And many men cite long hair in a woman as a major ‘turn on’. Some societies recognize the sexual allure of hair and for this reason have laws or customs requiring the covering or removal of hair. Often, the shaving of the head is used as a form of punishment, or as in the case of the military, to destroy the psyche of self so that the soldier can be re-programmed as one of a team where all are alike, if not exactly equal.

Many women worry that short hair or being completely bald looks boyish and lacks feminity. I think it just depends on the person who is looking!

I, for one, think that it completely depends on how the woman feels about herself. I used to have waist length long, thick, hair until I got married. I was so fed up of people telling me that I had such lovely hair.(I must have heard it a thousand million times since childhood) and I used to hate people commenting about my hair .Invariably, that was the first thing they said.

After I got married, I asked my husband if he was one of those men who hated short hair in women. When he said no, without a moment's hesitation I chopped it all off!

I think bald looks beautiful too. Recently I watched Natalie Portman in 'V for vendetta'. She was so pretty with her head shaved off. And Sinead O Connor too. And who can forget ‘Right said Fred’ ? (I don’t want to mention Britney Spears!)

I would have liked to try shaving my head. But I felt a tad sorry for my children (imagine attending PTAs with a shaved head) and so refrained!

And in the end, all that matters is a smiling face, a kind heart and being sensitive to others—not a head full of hair.